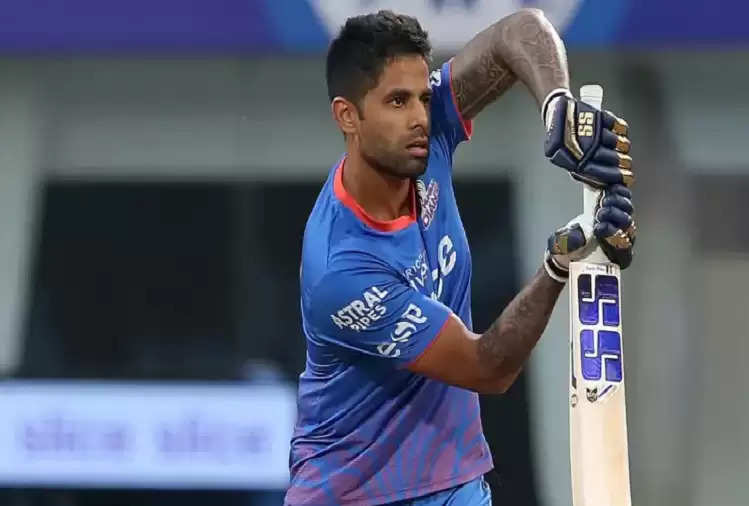 Mumbai Indian batsman Suryakumar Yadav, who had to pull out of IPL 2022 on Monday due to injury, has now told his fans that with their support and blessings, he will be "back in no time".

Yadav was ruled out of the rest of IPL 2022 due to a left-arm muscle injury. The news came as a blow to the Mumbai Indians, who were looking to end the tournament on a high end after being officially knocked out of the playoff race.

According to the advisory issued by the tournament, Yadav sustained the injury during Mumbai's thrilling five-run win over Gujarat Titans at the Brabourne Stadium on May 6. Yadav was one of the four players retained by the five-time IPL champions.

But Yadav was excited about his return on Monday and thanked his fans for their good wishes and support.

Suryakumar Yadav said in a tweet on Monday, "With all your best wishes and support, I will be back soon."

He wrote in the tweet, "To my Mumbai Indians family, I will be cheering for you from the other side this time. Let's end the tournament on a high note and show our true character on the field." His support from outside the bio-bubble didn't help much as Mumbai Indians were beaten by Kolkata Knight Riders by 52 runs.

Yadav missed Mumbai's first two matches against Delhi Capitals and Rajasthan Royals after recovering from a hairline fracture while fielding in India's home T20I series against West Indies in Kolkata in February this year.