IPL 2022: Dwayne Bravo throws the ball at Kieron Pollard and in return he kisses him, video going viral 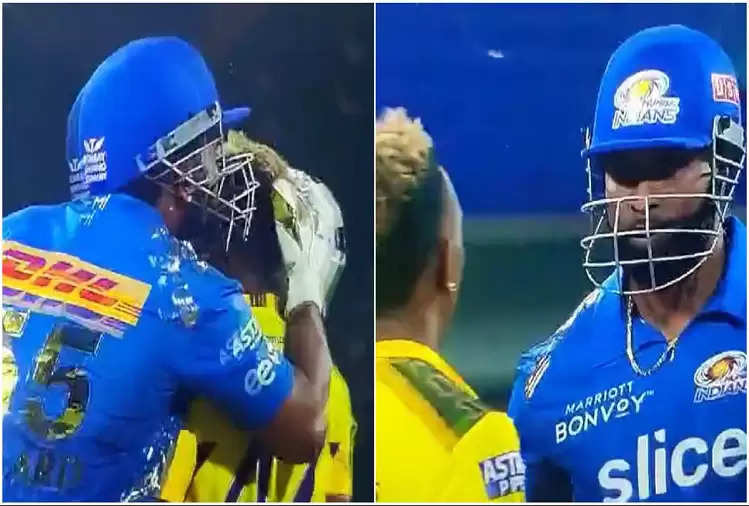 Mumbai Indians and Chennai Super Kings face off at the DY Patil Sports Academy in Navi Mumbai on Thursday. Whenever these two sides clash with each other there is bound to be some fireworks, and this match was like that too.

West Indies' Kieron Pollard and Dwayne Bravo came face-to-face and things got a little heated, but the world got to see their on-field bromance as well.

Actually, when Kieron Pollard was on strike during the batting of Mumbai Indians, Pollard played a defensive shot on Bravo's ball on the last ball of the 14th over. Bravo then picked up the ball and threw it straight towards Pollard. Pollard stopped the ball with the bat to avoid the ball coming towards himself.

Bravo then jokingly went to fight Pollard, but instead of getting angry at Bravo, Pollard kissed him on the head. This video of Pollard and Bravo is becoming fiercely viral on social media. This is not the first time that there has been a funny moment between Bravo and Pollard on the field. Bravo and Pollard are best friends and the two players have often been seen sharing similar friendly moments on the field.