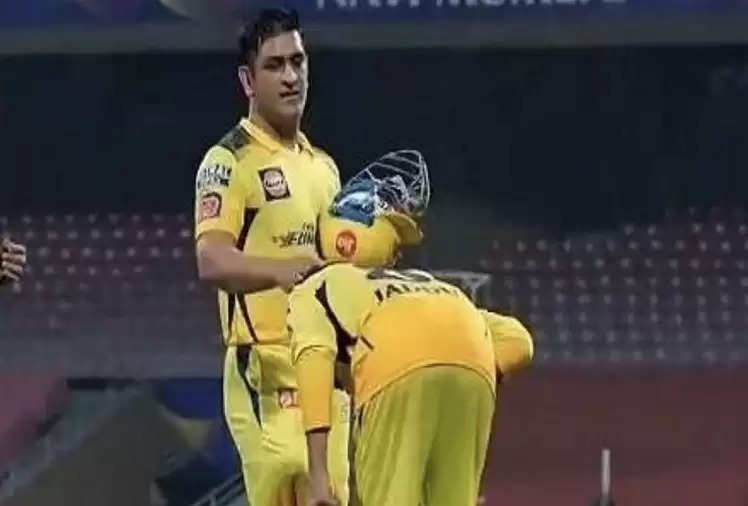 Former Chennai Super Kings captain MS Dhoni was in action again as he scored a crucial match-winning 28 off 13 balls to help CSK beat Mumbai Indians by 3 wickets in a thrilling game at the DY Patil Sports Academy.

Greeting the veteran wicket-keeper batsman after the match, Jadeja was seen taking off his cap and saluting Dhoni, while Ambati Rayudu was also seen thanking his former captain for the victory with folded hands.

As Jadeja, and Ambati Rayudu were seen applauding MS Dhoni, netizens were overjoyed by the incident and a video of the same is now going viral across social media.

Talking about the match, CSK captain Ravindra Jadeja won the toss and asked MI to bat first. The five-time champions suffered a batting collapse as they lost openers Ishan Kishan and Rohit Sharma for ducks in the very first over and kept on losing wickets at regular intervals.

In reply, Chennai Super Kings also lost wickets at regular intervals but their batsmen were able to form good partnerships. MS Dhoni backed Dwayne Pretorius (22 off 14) and enabled CSK to register a 3-wicket win with the ball.