IPL 2022: After the match of GT Vs PBKS, this important change happened in the point table! 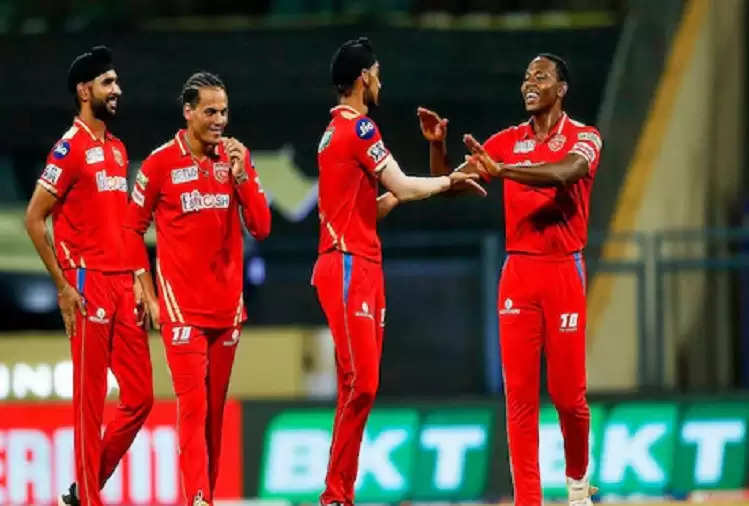 Titans top the points table with 16 points from eight matches. However, their net run rate of 0.158 is much lower than that of the third and fourth placed teams, which means that if the situation remains the same, GT could be overtaken by either of these teams. PBKS still have a long way to go to make it to the playoffs. They jumped above the Royal Challengers Bangalore to reach the fifth position. They have 10 points, they are on par with RCB and SRH and while their net run rate is -0.229 higher than RCB, it is much lower than SRH.

Lucknow Super Giants is second in the points table after Gujarat. Rajasthan Royals is in third and Sunrisers Hyderabad in fourth place. Hyderabad, Punjab and RCB all have 10 points each. Punjab beat RCB on the basis of better run rate.

Delhi Capitals is at 7th position with 8 points and Kolkata Knight Riders at 8th position. Chennai Super Kings, the 2nd most successful team in IPL history and 5 time champions Mumbai Indians are at 9th and 10th position.

Rajasthan Royals opener Jos Buttler continues to top the run scoring charts with 588 runs in 10 matches with three centuries and three fifties. Lucknow Super Giants captain KL Rahul is at the second position with 451 runs from 10 matches. Punjab Kings opener Shikhar Dhawan on Tuesday reached the third spot in the Orange Cap race with an unbeaten 62 against the Titans.

Top 5 batsmen in the race for Orange Cap 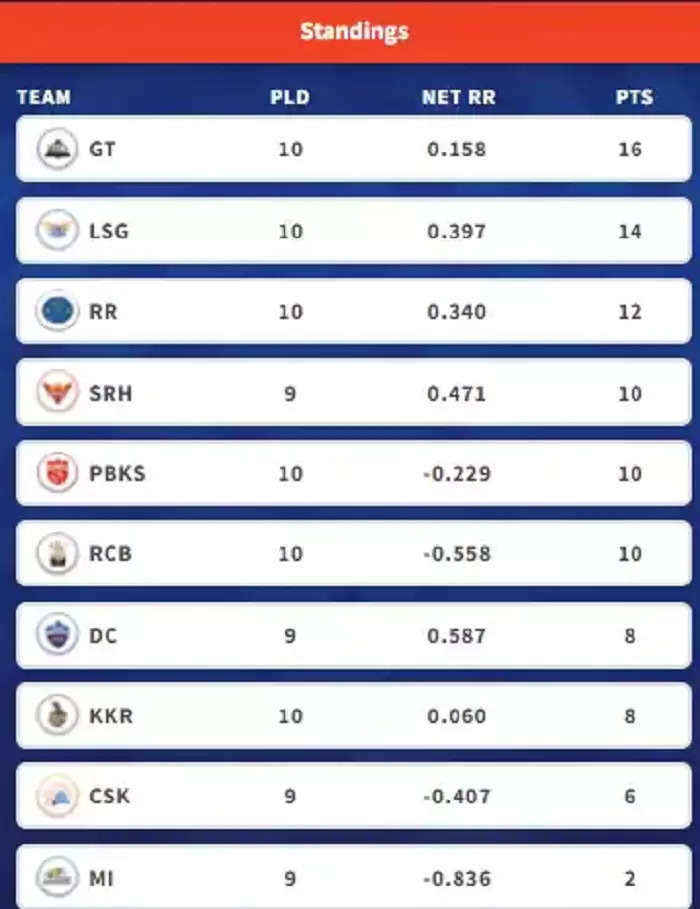 Royals leg-spinner Yuzvendra Chahal continues to be the highest wicket-taker this season with 19 wickets in 10 matches. PBKS pacer Kagiso Rabada was brilliant against GT, claiming 4/33 and moving up to third place.