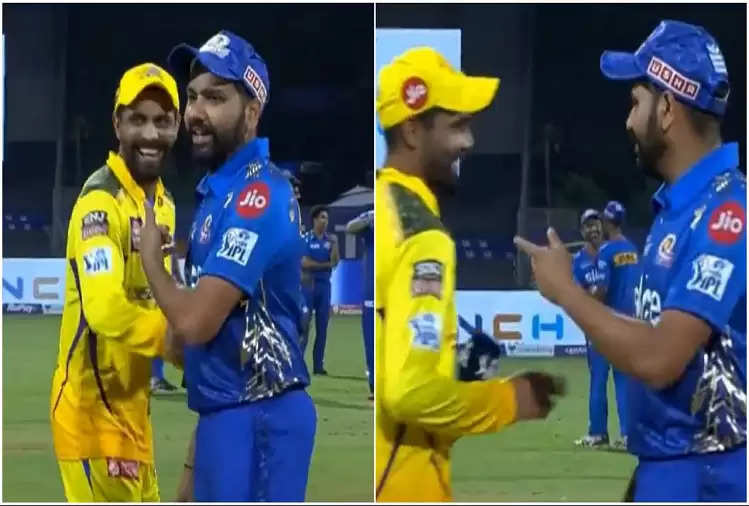 Mumbai Indians took on their arch-rivals Chennai Super Kings at the DY Patil Sports Academy in Navi Mumbai on Thursday. In this match also Mumbai Indians had to face defeat.

However, despite the apparent pressure and all-out rivalry, Rohit Sharma and Ravindra Jadeja had a funny moment during the toss.

The captains of both the teams were face to face and Jadeja won the toss for CSK and decided to bowl first, but Rohit was in a mood to have fun, and was seen asking Jadeja if he had decided to bat first.

A video of a funny incident between Rohit and Jadeja is now going viral on social media, in which Rohit is seen asking Jadeja 'Batting bola na tu?'. After which Jadeja could not do anything except laugh and Rohit did the same.