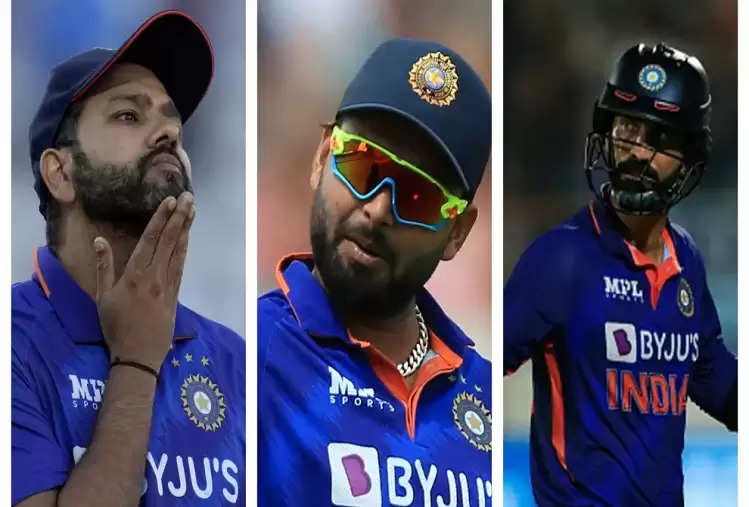 Team India captain Rohit Sharma, Dinesh Karthik, and Rishabh Pant were among the players who arrived in Trinidad on Tuesday morning ahead of the India vs West Indies T20 series. The trio was rested for the ODIs along with other members of the Indian team, but they have reached the Caribbean ahead of the five-match T20I series starting July 29.

However, what was interesting to the fans was that Rohit, Kartik, and Pant shared the same picture on social media with a similar caption.

In the picture, the Indian captain and two wicket-keeper batsmen can be seen posing at the Hyatt Regency Hotel in Trinidad and Tobago. Rohit and Rishabh shared the picture on their Instagram handle with a similar caption, while DK uploaded it on his Instagram story.

Earlier, Pant had also shared a glimpse of the trio from their flight to the Caribbean with his fans.

Rohit, Rishabh, Karthik, and other senior players were rested but they reached the West Indies ahead of the third ODI on Wednesday and reunited with their teammates. Shikhar Dhawan is leading the Men in Blue in Rohit's absence.

Young Shubman Gill, Ruturaj Gaikwad, Sanju Samson Shardul Thakur, and Prasidha Krishna will leave for India after the ODI series ends, while senior players like Ravichandran Ashwin, Kuldeep Yadav, and Harshal Patel will join the squad for the T20Is.

KL Rahul is also expected to join the Men in Blue after recovering from Covid.

Team India, under the captaincy of Shikhar Dhawan, has taken a 2-0 lead from the third and final ODI in ODIs.