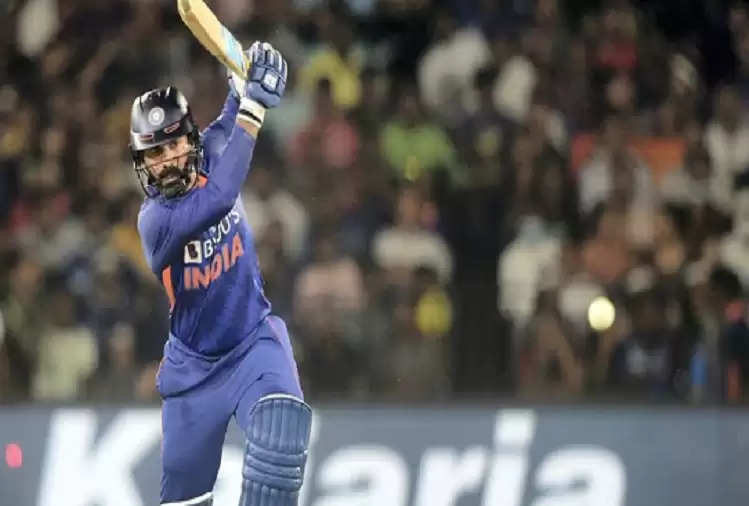 Dinesh Karthik will be very happy this time. The veteran Indian wicketkeeper-batsman slammed a scintillating 55 off 27 balls and not only scored his maiden half-century for India in T20I cricket, but he also set a huge personal record that he surpassed MS Dhoni as well. 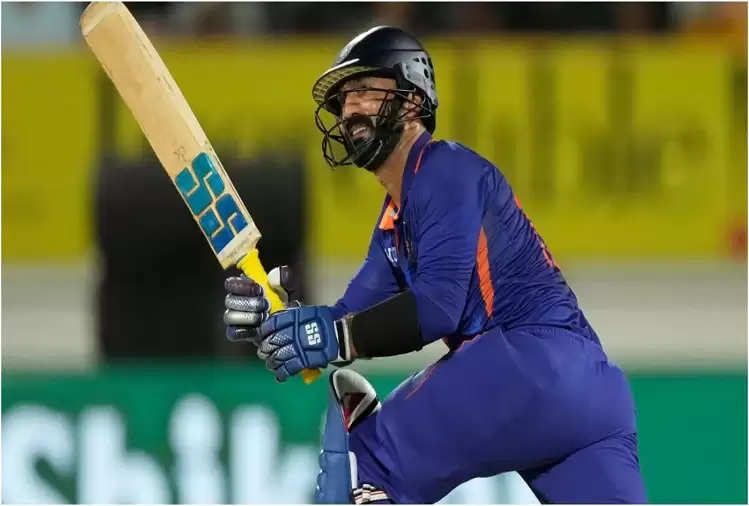 Dinesh Karthik led the front as India registered a massive 82-run win over South Africa to level themselves in the ongoing five-match T20I series with the series decider to be held on Sunday.

After helping Royal Challengers Bangalore (RCB) reach the IPL 2022 playoffs, the 37-year-old's stellar form helped him make a comeback to the Indian team and is now winning games for India again.

The middle-order batsman made his T20I debut 16 years ago when India played a T20I match against South Africa for the first time. In 35 T20I games, DK was unable to score a half-century but that long wait came to an end on Friday as his half-century helped India.

In the process, Dinesh Karthik also achieved a huge record as he surpassed MS Dhoni to become the oldest Indian to score a fifty in T20I cricket.

Also, the Indian selectors will be happy as Karthik showed his performance at a time when India was trailing 81-4. In a contest that India needed to win at any cost to survive the series, DK came to bat after skipper Rishabh Pant was dismissed and he made a lethal effect with vice-captain Hardik Pandya. 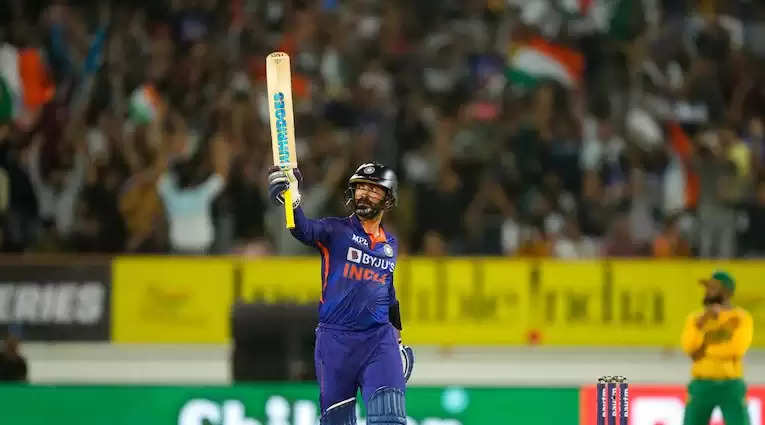 India was 95/4 after 15 overs but registered a target of 169, thanks to big-hitting from DK and Pandya, who shared a 65-run partnership as Karthik hammered nine fours and two sixes to complete his half-century.

At 37 years and 16 days, Dinesh Karthik became the oldest Indian to score a half-century in T20Is, with MS Dhoni breaking the previous record after registering his second T20I fifty versus South Africa in 2018.

The fifth and final match of the series between India and South Africa will be played at the Chinnaswamy Stadium in Bengaluru on Sunday, with the series tied at 2-2.