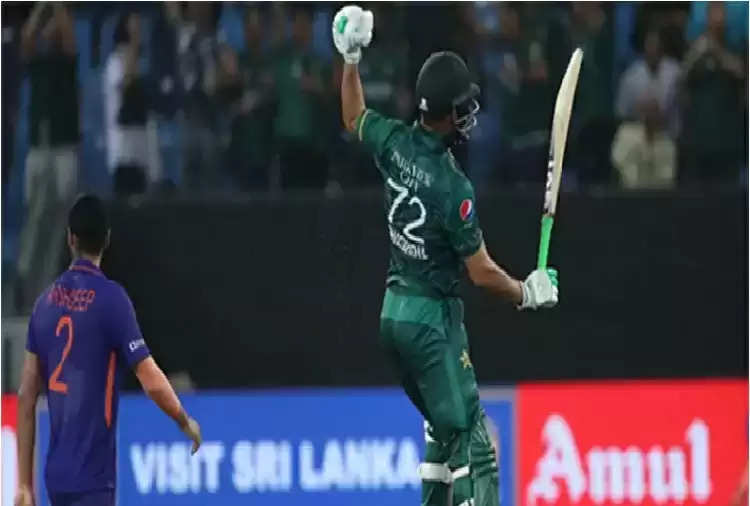 Pakistan retaliated by defeating India by 5 wickets in a thrilling Super 4 match of the Asia Cup 2022 T20 cricket tournament on the same ground where the entire team was all out a week ago.

Batting first at the Dubai International Cricket Stadium on Sunday, India scored 181 for 7 in 20 overs, which Pakistan achieved by losing 5 wickets with 1 ball to spare.

With this win, Pakistan avenged the five-wicket defeat at the hands of India in the group stage at the same ground last week. In Super 4, Virat Kohli scored 60 runs for India to complete his half-century.