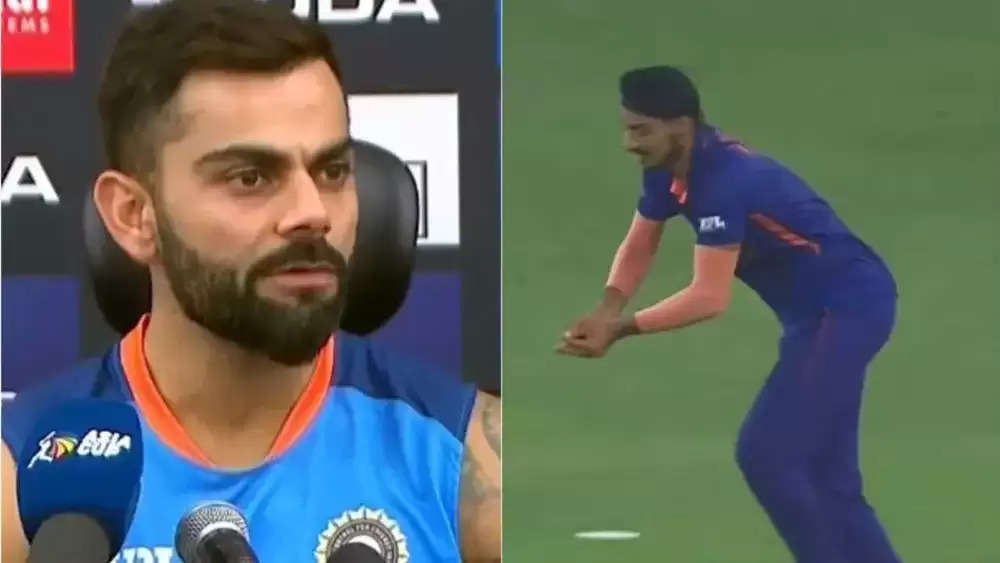 In the second encounter of the Asia Cup, a big difference was seen between the players of Pakistan and India. Where Pakistan did not leave even the difficult catch. At the same time, Arshdeep Singh of India was also seen leaving easy catches on the crucial occasion. India had to bear the brunt of that catch left at the critical juncture of the match. However, that one catch alone cannot be blamed for India's defeat. Yes, it can definitely be said that that catch also became a reason.

When Virat Kohli came to the press conference after India's defeat, he was questioned about the catch missed by Arshdeep Singh in the last moments of the match. In response to this, what Virat Kohli said is a big deal in itself. In a way, he was seen standing in the defense of Arshdeep. Along with this, he also told an old anecdote of the match against Pakistan that happened to him.

Virat Kohli said, “The kind of mistake I made with Arshdeep Singh, I also did it in the early stages of my career. In the Champions Trophy match against Pakistan, I too was dismissed after playing a bad shot off Shahid Afridi. After that, I could not sleep the whole night. I thought that my career was over now."

He further said, "These are the opportunities from which you learn. And when you learn, you want to show that the next time the same situation happens again." Hopefully, when such opportunities come in front of Arshdeep too, he will not let them go.