IND vs NZ: This world record of ODI cricket was registered in the name of Michael Bracewell 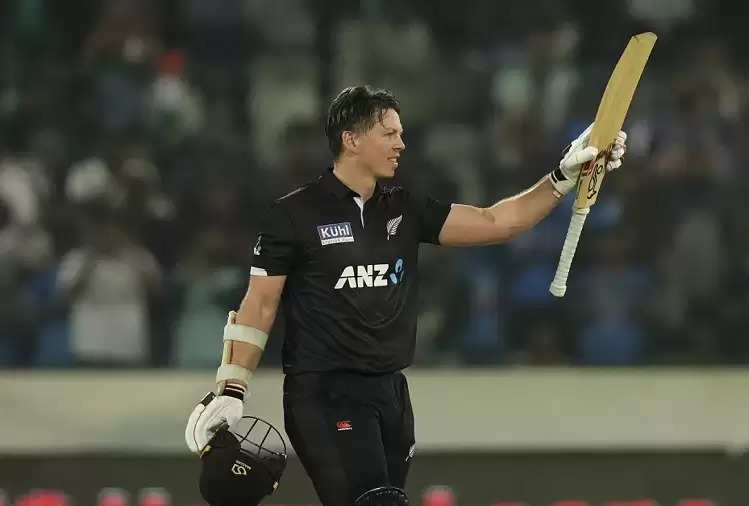 On the basis of the double-century innings of Shubman Gill (208), India defeated New Zealand by 12 runs in the first ODI match played at Rajiv Gandhi International Cricket Stadium in Hyderabad on Wednesday. India, playing first in the match, scored 349 runs for eight wickets in 50 overs. In response, the Kiwi team could only manage 337 runs in 49.2 overs.

In this match, Michael Bracewell also attracted everyone's attention with his stormy innings. He scored an inning of 140 runs in only 78 balls with the help of 12 fours and 10 sixes.

This is New Zealand batsman Michael Bracewell's second century in ODI cricket. With this, he has become the first batsman in the world to score two hundred at number 7 or below while chasing a target in ODIs.

Former Indian captain MS Dhoni has also scored two centuries at number 7, but he scored both these centuries in the first innings.