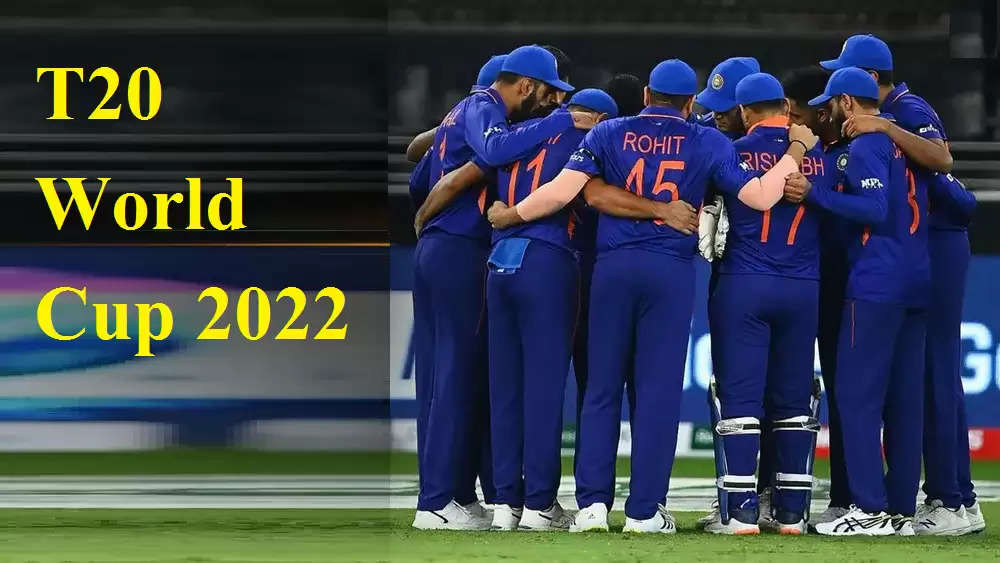 India Squad For T20 World Cup 2022: In the T20 World Cup, the Indian team will start its campaign against arch-rivals Pakistan on 23 October.

India Cricket Team Selection For World Cup: Team India has been announced for the T20 World Cup. Indian selectors have selected 15 players after much deliberation, who will be seen showing their strength in the ICC event to be played on Australian soil in October-November. On whose shoulders will be the burden of 140 crore Indians? It will be the responsibility to end that wait, which has been going on unabated for the last 9 years. As expected, the reins of the team selected for the T20 World Cup are in the hands of Rohit Sharma. Whereas, the vice-captain has been handed over to KL Rahul. At the same time, Jasprit Bumrah has also returned to the team.

There were many speculations about Rishabh Pant. Questions were being raised about his recent form and it was being said that he could be out of the team but it did not happen. The selectors, however, kept their faith in him. Along with this, Dinesh Karthik has also been given a chance. There were reports about Mohammed Shami that he may make a comeback but he has not been selected for the team of the T20 World Cup.

Team India won the last ICC title in the year 2013 itself when it won the Champions Trophy under Dhoni's captaincy. After that Dhoni's era ended. The captaincy game of Virat Kohli also ended. But, the Indian team could not kiss the ICC title. In such a situation, the eyes of the entire country are now fixed on the current captain Rohit Sharma and his chosen team, with the hope that they will end that long wait. Jasprit Bumrah and Harshal Patel did not play in the Asia Cup due to injury. But now he is fit and back on the team.

All the stars in the team of T20 WC

The selection of the big names of Team India for the T20 World Cup was already decided. And, he has also managed to cement his place. Apart from captain Rohit Sharma, such players include KL Rahul, Virat Kohli, Suryakumar Yadav, Hardik Pandya, Jasprit Bumrah, Bhuvneshwar Kumar, and Yuzvendra Chahal. These are the players who are regular members of the team.

Four players have been kept on standby. These include the names Mohammed Shami, Shreyas Iyer, Ravi Bishnoi, and Deepak Chahar.

The T20 World Cup 2022 will be held from 22 October to 13 November. In this tournament, the Indian team will start its campaign against arch-rivals Pakistan on 23 October. This match will be played in Melbourne.