Here is the updated Point Table after the match of PBKS Vs CSK. View Orange and Purple Cap Lists 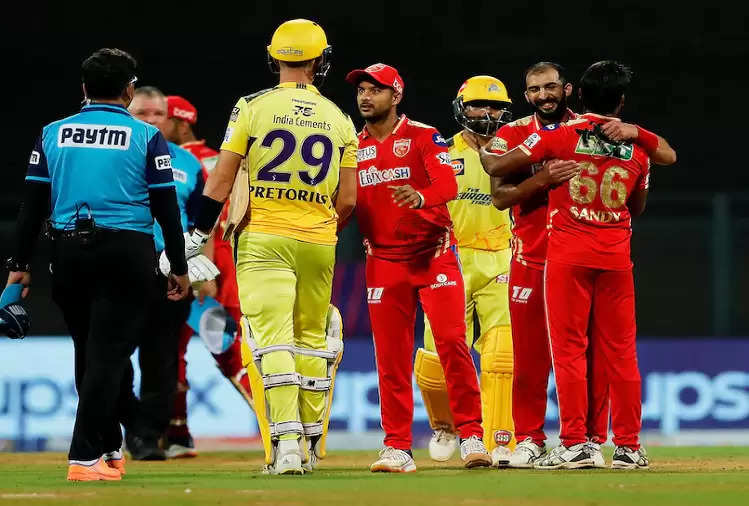 Punjab Kings (PBKS) defeated Chennai Super Kings (CSK) by 11 runs in Match 38 of the ongoing Indian Premier League (IPL) 2022 season at the Wankhede Stadium in Mumbai on Monday. Initially, Shikhar Dhawan's unbeaten knock of 88 runs off 59 balls helped Punjab post 187 for four in 20 overs and set a target of 188 runs. Despite his innings of 78 runs in 39 balls, Chennai could only manage 176 for six in 20 overs. Meanwhile, Kagiso Rabada and Rishi Dhawan were in top form for Punjab's bowling department and took two wickets each.

Gujarat Titans (GT) are currently at the top of the IPL 2022 points table with 12 points from seven matches which include six wins and one loss. Sunrisers Hyderabad (SRH) is in second place, followed by Rajasthan Royals (RR) in third and Lucknow Super Giants (LSG) in fourth.

Jos Buttler is currently leading the Orange Cap race for RR with 491 runs in seven matches. KL Rahul (368) is in second place and Shikhar Dhawan (302) is in third place.

Hardik Pandya (295) is fourth in the standings, followed by Tilak Verma (272) in fifth place.

Yuzvendra Chahal is in pole position in the Purple Cap race with 18 outs. T Natarajan (15) is in second place, followed by Dwayne Bravo (14) and Kuldeep Yadav (13) who are in third and fourth positions respectively.

Umesh Yadav is fifth in the Purple Cap race with 11 outs.