Former Pakistan cricketer made a statement and said "looking very weak, scared, and confused even after winning from Hong Kong"! 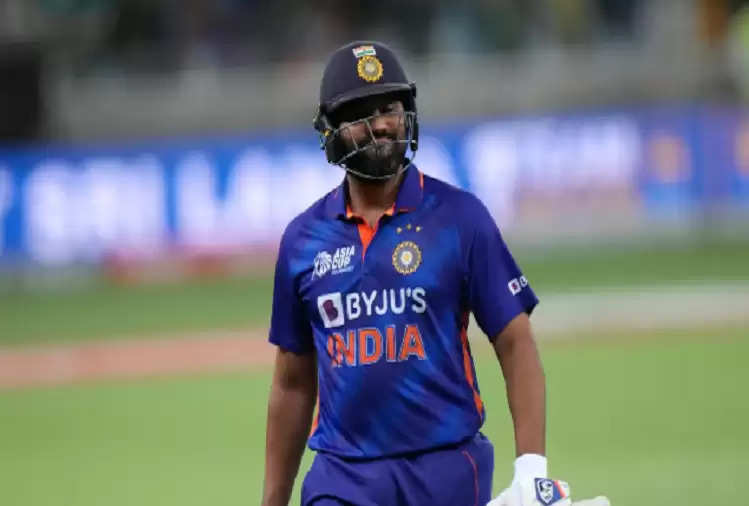 Batting first, India scored 192 runs for the loss of two wickets in the match against Hong Kong, with the help of half-centuries from Suryakumar Yadav (68 not out) and Virat Kohli (59 not out). In reply, Hong Kong's batsmen also performed well, scoring 152 runs for the loss of five wickets. It was a good performance by the Hong Kong batsmen against India.

Meanwhile, former Pakistan all-rounder Mohammad Hafeez was not impressed with Rohit's captaincy in the second and final group game.

Rohit has so far not done well with the bat in India's two matches against Pakistan and Hong Kong with scores of 12 (18) and 21 (13) respectively.

Hafeez said in a discussion on PTV Sports- "You look at Rohit Sharma's expression after winning the match. This expression came after India won by 40 runs. I talked about Rohit Sharma's body language, when he came for the toss, he looked weak, scared, and confused. I can't see Rohit Sharma whom I have seen playing incredible innings during matches. I think the captaincy is putting a lot of pressure on Rohit. He is facing a lot of difficulties.

My opinion on @ImRo45 captaincy in Asia cup #GameOnHai pic.twitter.com/dBzVX2Pgfu

He further added that "It is not my prediction, but I am of the opinion that going forward it will be difficult for him to lead. He may not be able to lead for long. I have always seen Rohit enjoying and expressing himself. Now, he is not expressing himself."

India will take on Pakistan in their next match in the Asia Cup on Sunday if Pakistan beat Hong Kong on Friday. The Men in Blue will also face Afghanistan and Sri Lanka, who defeated Bangladesh on Thursday to become the second team from Group B to qualify for the Super 4 stage.