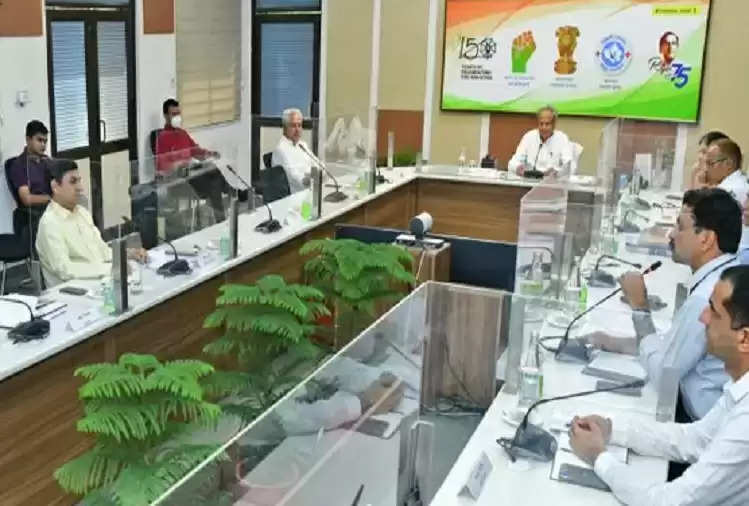 The effect of corona virus in the country seems to be increasing once again. In view of this, Chief Minister Ashok Gehlot reviewed the status of Kovid infection on Thursday.

In this regard, he has given information by tweeting. Ashok Gehlot, while reviewing the status of Kovid infection in the state, said that the cases of Kovid have started increasing again in some states of the country and many countries of the world. In such a situation, precaution should also be taken in the state. Directed that special emphasis should be given on vaccination in the state.

Speed ​​up the campaign to apply booster dose along with both doses of vaccine to all eligible people in the state. RT-PCR negative report should be mandatory for travelers coming from abroad. Along with this, masks and social distancing should be followed in crowded programs.

He tweeted that with a view to free the people of the state from the cost of treatment, to provide better health services, the state government has started an ambitious scheme like Mukhyamantri Free Nirogi Rajasthan.