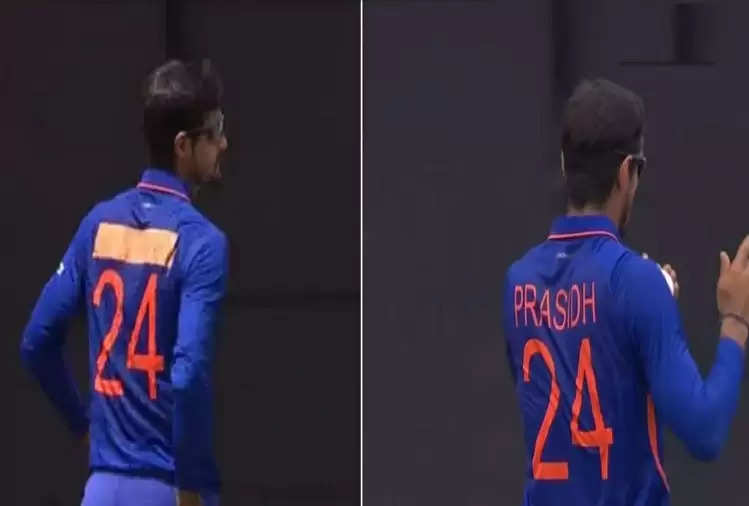 Avesh Khan made his debut for Team India in the second ODI against West Indies on Sunday, adding Prasidha Krishna to the playing XI. However, netizens noticed something strange during the match. Deepak Hooda, India's first breakthrough, was seen wearing a tapered jersey.

Fans speculated that Hooda might have been wearing Krishna's jersey as the number '24' was his number in the previous match.

After this netizens gave their reaction to this. While some users ridiculed the BCCI by asking them about their budget, others said that Hooda gave him the number 24 because of his 'friendship' with Kunal Pandya.

Team India's impressive 3-run win over West Indies in the first ODI on Friday helped the country take a 1-0 lead in the series.