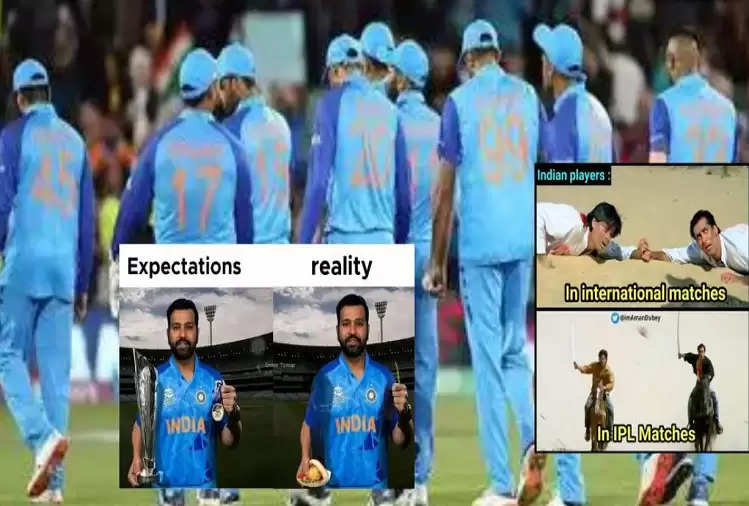 Indian fans were disappointed as the team was ruled out of the T20 World Cup 2022 after a 10-wicket loss to England in the semi-finals.

India, which was considered the favorite to make it to the final, suffered a defeat at the hands of England. Due to this India was out of the World Cup final.

This defeat in another ICC competition will sting Indian cricket fans for a long time. This is the sixth time that the Indian team has failed to do well in an ICC competition. Team India, which fails to perform in bilateral series and performs brilliantly in IPL, is proving to be the biggest chokers in every ICC tournament.

After the result, many took to social media to express their anger, with the hashtag #BoycottIPL trending on Twitter. Fans want players to give priority to both international and domestic cricket.

You can check the reaction:

Guys it’s time to seriously #boycottIPL , till the time they don’t win an ICC event. The Indian team has lost the will to win matches for the country.
No one should have any doubt that Indian cricket has been destroyed because of IPL.#BoycottIPL #bcci #IndianCricketTeam pic.twitter.com/cSgIX8AF7F

After their semi-final loss to England in the 2022 T20 World Cup, Team India will play against New Zealand in a six-match white-ball series starting November 18.