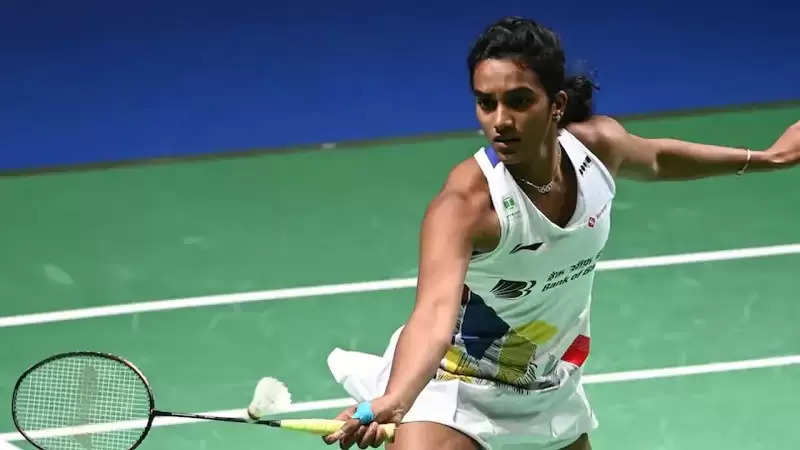 PV Sindhu was assured of a medal in the Asian Championships. (File Pic)

PV Sindhu entered the semi-final match against Akane Yamaguchi of Japan. Apart from him, no other Indian could reach the semi-finals.

India’s star shuttler PV Sindhu, who won a two-time Olympic medal, missed a chance to reach the final of the Badminton Asia Championships (BAC) on Saturday after losing to Akane Yamaguchi of Japan. Yamaguchi defeated them 13-21, 21-19, 21-16 in a three-game match. Sindhu was in good shape but the drama during the second game spoiled her game. This match lasted for one hour and six minutes.

Fourth seed Sindhu had won a bronze medal at the 2014 Gimcheon stage. On Friday, she made it to the semi-finals after defeating the fifth-seeded Chinese 21-9 13-21 21-19 in the quarterfinals that lasted one hour and 16 minutes.

Here for PV Sindhu. Sindhu was trailing 1-4 in the first game but then made a comeback till mid-game and won the game 21-13. After this Sindhu was in good rhythm in the second game as well. She took the lead till mid-game but after that, her momentum broke. Sindhu was leading 14-13 in the game. She had to serve but the referee asked her to shuttle Akane Yamaguchi. The chair umpire and referee said that the shuttle would be given to Yamaguchi because of Sindhu’s delay in serving. However, Sindhu said that she did not serve because Yamaguchi was not ready. Sindhu kept explaining her point to the referee for a long time but the decision did not change. Sindhu’s rhythm was broken from here. She tried to level up and brought the match to 19–19, yet Yamaguchi managed to win the game 21–19.