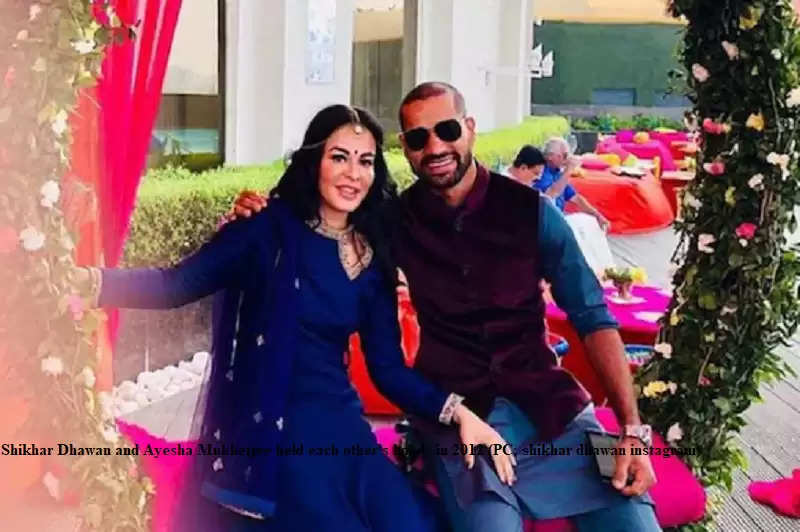 Shikhar Dhawan and Aesha Mukherjee love story: Indian opener Shikhar Dhawan, after marrying Ayesha Mukherjee, also gave his name to both of their daughters. He not only gave the name but also tried to fulfill his responsibilities of being a father.


New Delhi. The news of the divorce of Indian opener Shikhar Dhawan and Ayesha Mukherjee has created a stir. According to the news, this couple has separated after about 9 years. Although there has been no statement from Dhawan's side on the news of divorce, a post made on an Instagram account by the name of Ayesha Mukherjee told a lot. No one would have thought that the news of the end of a love story started through Facebook would be received through Instagram. The couple held each other's hand in 2012 and son Zoravar was born in 2014. As simple as both looked in their lives, the love story of both was equally interesting.


On seeing the photo of a Punjabi boy on Facebook, he gave heart to a Bengali girl. After this, Dhawan did not care about anything and made Ayesha, 10 years older than him and mother of two children, his companion. Actually, Ayesha's family lives in Australia. Her father is Bengali and her mother is British. Ayesha, a kickboxer by profession, had her second marriage with Dhawan. The two met through Facebook.

Actually one day Dhawan and Harbhajan were sitting together and during this time Dhawan saw Ayesha's picture on Harbhajan's account, after which he sent a friend request to Ayesha. Both became friends and then after the series of talks started, they gave each other's heart.

long time, Indian opener Dhawan proposed Ayesha. It is said that initially, Dhawan's family was not ready for this relationship. The reason behind this was that Ayesha was very old in age, divorced, and the mother of two children. However, Dhawan convinced his family of this relationship and then both got married in 2012. Along with Ayesha, Dhawan also gave his name to his two daughters Riya and Aaliyah. He often tried to spend as much time as possible with her two daughters.