This TV actress tied the bond of seven births at the place of marriage of Nelshiva-Parvati, see in pictures Television actress Nikita Sharma has tied the knot at Triyuginarayan Temple, the wedding venue of Shiva-Parvati. On the holy festival of Igas, he took rounds along with Rohandeep Singh in the monolithic marriage altar of the temple. Nikita Sharma has worked in serials like Swaragini, Do Dil Ek Jaan, Shakti and Phir Laut Aai Naagin. His family and other close people were present on this occasion. After marriage, Nikita shared the wedding photo on social media and wrote that I am starting a new life with the blessings of Mahadev. Nikita, who hails from Uttarakhand, reached Triyuginarayan temple with her family on November 11. Here on the festival of Igas, performing all those traditions of marriage, she married Rohandeep Singh, who is associated with this temple. In the Saptvedi, the priest Girish Kurmanchali performed the ritual of seven rounds of the bride and groom. The bride Nikita was wearing a red sari in this wedding ceremony which took place in the midst of a simple ceremony. 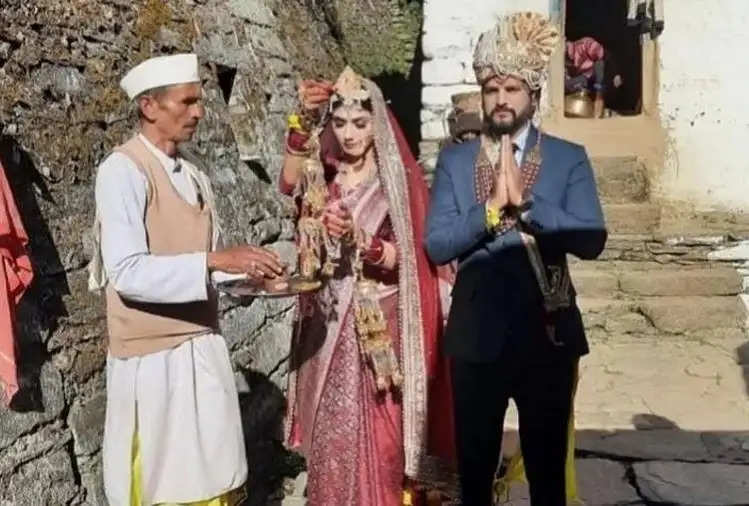 After this, the newlyweds took blessings at Triyuginarayan temple by offering special worship to Lord Vishnu, Shiva-Parvati and Baman deity through priest Sanjay Jamloki.

Sanjay Jamloki, the priest of the temple and resident of Ravi village, told that only their special relatives were present in the marriage ceremony along with the family members of both the bride and groom. 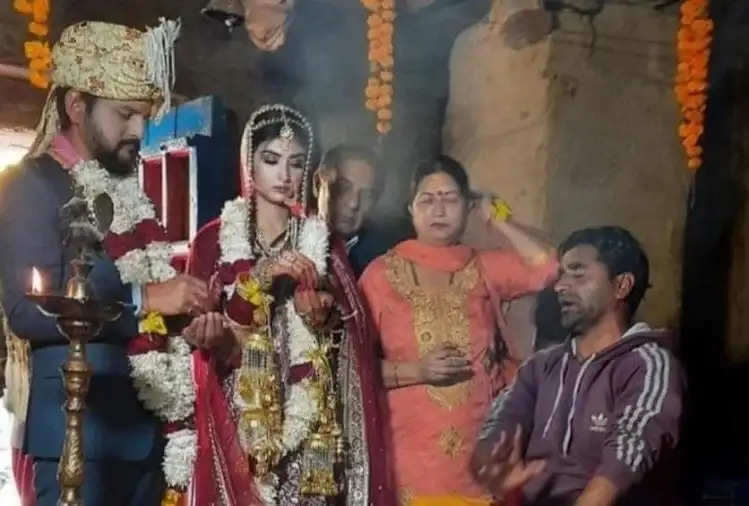 After marriage, on the morning of November 15, these people had left from here. Nikita is getting a lot of congratulatory messages after sharing her wedding photo on social media.

Triyuginarayan was announced in 2018 to be developed as a wedding destination by the state government. But even after three years there is no basic facilities here. More than 10 marriages have been conducted here with the help of local social organizations.