This country has the world's largest Hindu temple, but there is no Hindu here 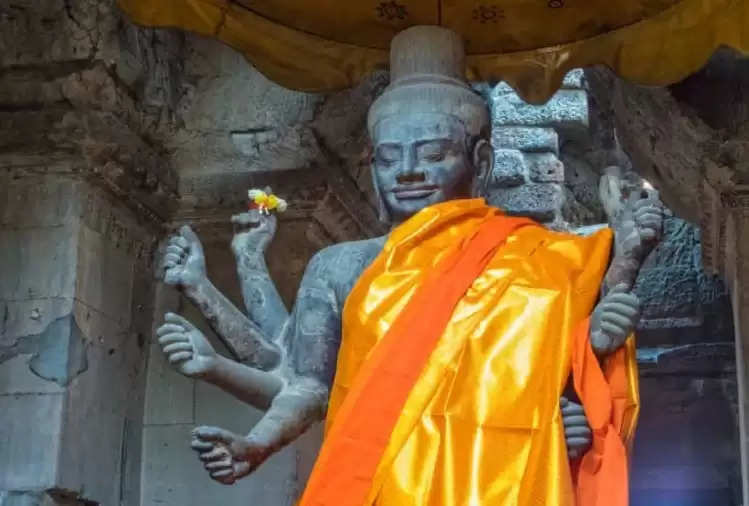 There is a famous Hindu temple in many countries of the world. There is a country that has the largest Hindu temple and the largest religious monument in the world, but you will be surprised to know that there is no Hindu there. The flag symbol of this country is also a temple of Hindus. Hinduism is the only religion in the world, which is the oldest. Hinduism is believed to be more than 12,000 years old. Idol worship and meditation have special importance in Hinduism. There are many pieces of evidence that in many countries of the world, Sanatan Dharma was the first.

Angkor Wat Temple is the largest Hindu temple in the world. Apart from this, it is also the largest religious monument in the world. It is located in Angkor, Cambodia. Angkor is located on the banks of the Mekong River in the city of Simrip. It covers hundreds of square miles. This is the temple of Lord Vishnu. The earlier rulers had built big temples of Lord Shiva here. Its old name was Yashodpur. This temple was built during the reign of King Suryavarman II from 1112 to 1153 AD. The picture of this temple is featured in the national flag of Cambodia. It is included in the most famous tourist places in the world and is also included in the UNESCO World Heritage. 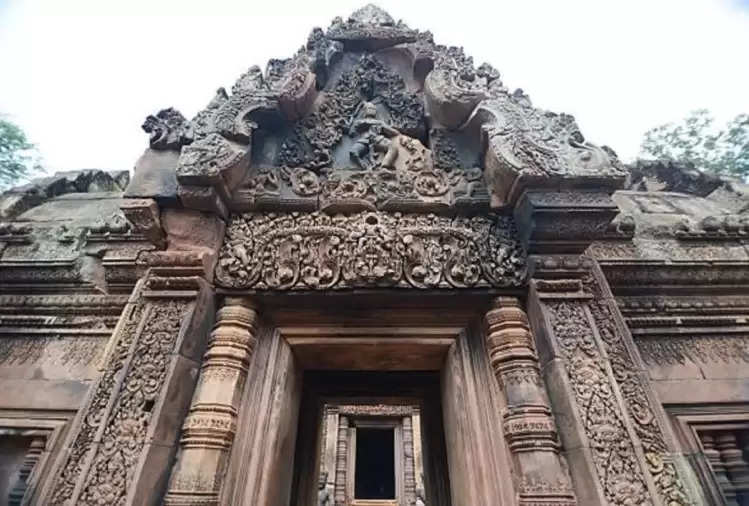 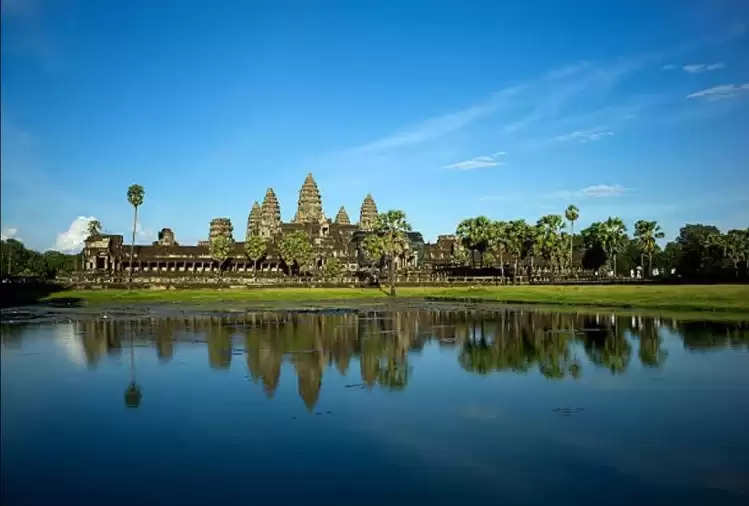 Cambodia is a major country in Southeast Asia and its population is about 17 million. Old temples ranging from 5000 to 1 thousand years old have been discovered in East Asia. In this research, a glimpse of the ancient rich culture of India has been visible. Scientists have accepted that the sea level has increased by about 500 meters in thousands of years. This proved that places like Ram-Setu, Dwarka city still exist and the characters associated with them are also true.

It is said that years ago there was Hinduism in Cambodia. Earlier its Sanskrit name was Kambuj or Kamboja. According to the ancient legends of Kamboja, the foundation of the colony was laid by King Kambu Swayambhuva of Aryadesh. King Kambu Swayambhuva Kamboj came to the country with the inspiration of Lord Shiva. He established a kingdom on this wild desert with the help of the king of the Nag caste here. Due to the wonderful magic of Nagraj, the desert turned into a lush, beautiful land.

According to the legends, Kambu married the daughter of Nagraj and laid the foundation of the Kambuj dynasty. But here the foreigners got their eyes and they got the Hindu people living here converted to religion on the basis of Talwar. The people here still consider themselves to be Hindus at heart.