The Kapil Sharma Show: Salman Khan arrived as a guest on the show made by his company, promoted brother-in-law's film During the shooting of Sunday's episode of comedy show 'The Kapil Sharma Show', there was a lot of ruckus this time. This time the producer of the show Salman Khan himself had reached the shooting of the show. He was accompanied by his brother-in-law Aayush Sharma and Mahima Makwana. Everyone was here to promote director Mahesh Manjrekar's film 'Antim: The Final Truth'. All the actors present on the set were seen laughing happily throughout. 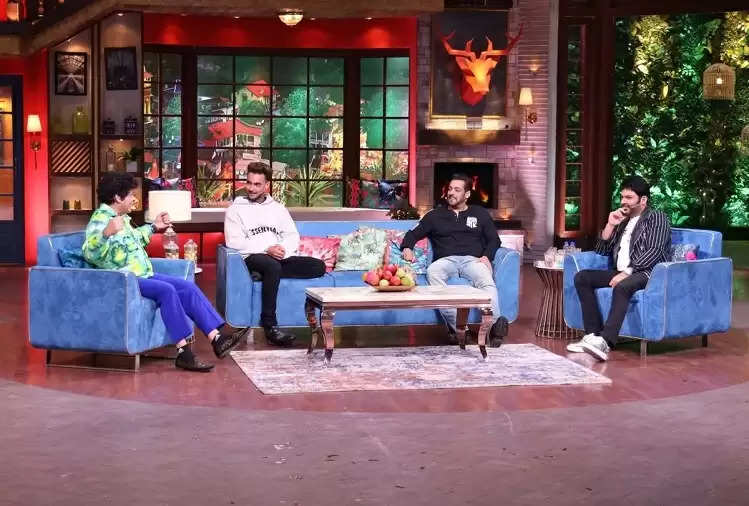 During the shoot, while discussing with host Kapil Sharma, Salman Khan, Aayush, Mahima and Mahesh Manjrekar shared many interesting things about the film and also revealed some funny secrets related to their lives. Not only this, the actors of this show Krushna Abhishek, Kiku Sharda and Sudesh Lahiri tried to add a lot of entertainment to the show with their fun adventures.

During the shoot, Salman Khan came on the sets riding a bicycle made by his own company and talked a lot about his fitness schedule. Apart from this, Salman Khan also told what he did in lockdown and how his upcoming film took him to Russia! Host Kapil Sharma also made all the guests laugh after reading some comments from 'Post mortem'.