South facing house is the gate of troubles and diseases, here are the ways to avoid it South facing house or shop both are considered inauspicious but there are some situations when their effect is not bad.

It may also happen that the faults of the south direction have been eliminated due to some reason and it depends on the Vastu of the house, the environment of the locality and the environment and the position of the trees around it, if your house is also facing south, then to avoid the side effects. For this, some remedies have been given in the Lal Kitab. 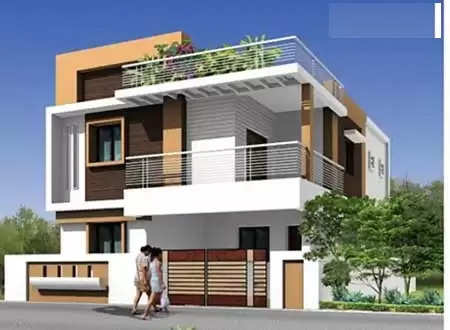 Mars is considered to be the lord of the south, Neem tree decides the position of Mars whether Mars will give auspicious results or not, in such a situation, definitely plant a neem tree in the south direction, apart from this also put a picture of Panchmukhi Hanuman Ji above the door. By placing an idol or picture of Hanuman Ji in the blessing posture in front, the main door defects of the south direction are eliminated.

Putting a pyramid of Panchadhatu over the main door also eliminates the Vastu defect. Make a stone idol of Ganesh Ji whose backs are attached and fix it on the door frame in the middle of the main door so that Ganesh Ji can see outside and inside. And by doing this one gets freedom from planetary affliction.