Radhe Shyam release: Due to Covid, the release date of Prabhas's film 'Radhey Shyam' has been postponed, the audience will have to wait. 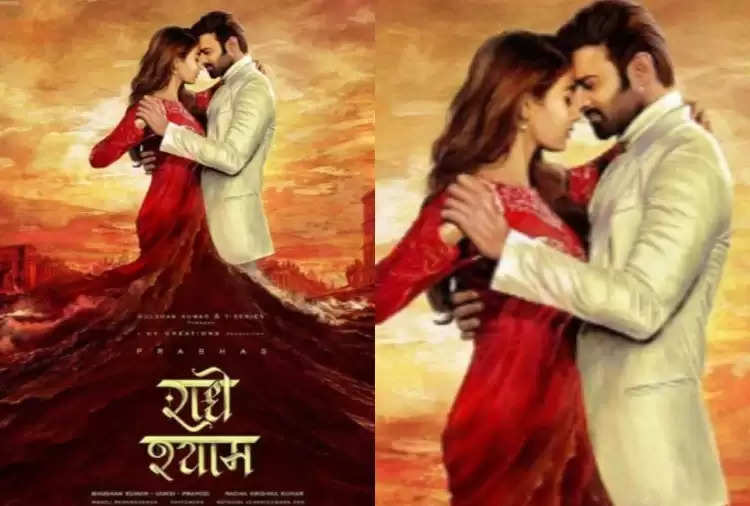 Due to the increasing Covid cases in the country, restrictions have started once again. This is also affecting the release of films, as cinema halls are being closed to prevent overcrowding. Due to this, the release of many much-awaited films like 'RRR', 'Jersey' has already been postponed. After this, now the release date of South Superstar Prabhas and Pooja Hegde starrer 'Radhe Shyam' has also been postponed due to Covid. The filmmakers have also decided to postpone the release of Radheshyam due to the ongoing COVID situation in the country.

We have to postpone the release of our film #RadheShyam due to the ongoing covid situation. Our sincere thanks to all the fans for your unconditional love and support. pic.twitter.com/cC18q8jmOz

information is given via Twitter
The filmmakers officially announced the release of Radhey Shyam through their Twitter handle and wrote, 'We have to postpone the release of our film #Radheshyam due to the current Covid situation. A heartfelt thank you to all the fans for your unconditional love and support. We will see you soon in cinemas..! #Radheshyam postponed. Apart from this, the film's lead actress Pooja Hegde has also given information by tweeting about the postponement of Radheshyam's release date.

'Radheshyam' was scheduled to release on January 14
Let us tell you that Prabhas's film Radhe Shyam was scheduled to release on January 14. The audience was eagerly waiting for this film, for now, the fans will have to wait a little longer for this film. Due to Covid, the film 83 was already in bad shape at the box office, due to which other filmmakers are also afraid of their film flopping. This is the reason that the release dates of many films are being postponed one after the other.