Photos: You will be surprised to see this dress of Sonam Kapoor, see what is special about it Sonam Kapoor Ahuja, who is often in the headlines for her fashion statement and looks, is once again in the news. This time a dress of Sonam Kapoor has caught the attention of the people. Fans were also baffled about this dress, what is Sonam wearing. Although Sonam Kapoor is called a fashion diva. Due to her amazing fashion sense, Sonam has a different identity in the industry. Since coming to Bollywood, Sonam has always surprised the fans with her looks. She never hesitates to carry risky outfits. Be it Indian wear or western dresses, Sonam Kapoor experiments with every bit of her look. But this time her dress has created a sensation on social media. In the matter of choosing clothes, one always has to pay attention to the print as well. Wear clothes with prints in which you are comfortable. Sonam's dress is also in the discussion because of the print made in it. However, Sonam has also worn this outfit with great confidence and is posing. Let us know what is it about Sonam's new dress, which has created a stir on the internet. 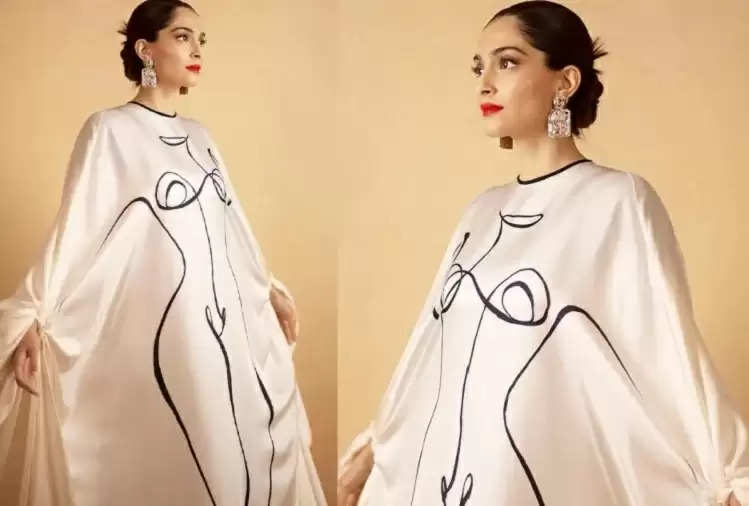 Actually, Sonam Kapoor has recently shared some of her pictures on social media, in which Sonam Kapoor is wearing a white dress. Her dress is looking very good on her. This white dress of Sonam is of Kaftan style.

This dress of Sonam is attracting the attention of people because it has a print made which is very eye-catching. A simple kaftan style dress has a female body figure print on it. 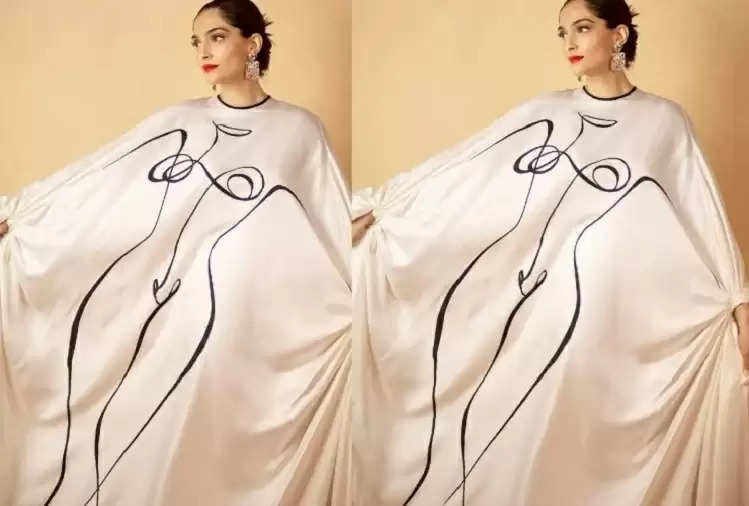 This dress of Sonam is giving a different look to the actress for another reason. This white dress is very long and loose-fitting. Sonam's entire body is covered by the dress. Sonam's figure is hidden in full flowy sleeves, long length dress.

Even though people are trolling this look of Sonam Kapoor on social media, but her fans are loving this look of her. To complete her look, Sonam Kapoor has tied her hair upwards. While complimenting the white dress, beautiful earrings and red lipstick have been applied.