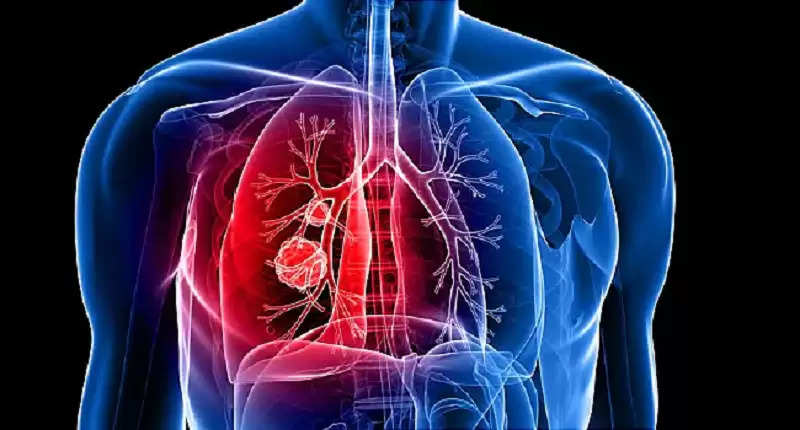 Lung cancer is such a disease that grows in men in India that it catches men who smoke. There are many causes of this disease such as tobacco consumption, exposure to smoke, exposure to substances like radon. In some people, this cancer can also be genetic. Scientists have succeeded to accurately identify this cancer. He has developed such a new Artificial Intelligence (AI) blood testing technique, which can accurately identify this deadly disease. According to the researchers, this method is more than 90 percent accurate in detecting lung cancer in blood samples from about 800 cancer patients and normal people.


Researchers at the Johns Hopkins Kimmel Cancer Center in the US have developed a new artificial intelligence blood testing technique. Under this research 800 people were studied, some of whom were cancer patients and some were not. This test procedure is named DNA evaluation of fragments for early interception. With the help of this technique, up to 94 percent of cancers were detected in those patients in whom the disease was in various stages. Lung cancer is a deadly disease, it is very important to prevent it. Let us know how this disease can be prevented.

Smoking is the major risk factor for lung cancer. Keeping in mind the risk of this disease, abstain from smoking yourself and advise your children to abstain as well.

Avoid smoking even if you do not smoke:

If you live or work with people who smoke, avoid contact with them. Avoid going to smoking places, bars, and restaurants.

Eat seasonal fruits and vegetables for a healthy life. Eat foods rich in vitamins and nutrients.

Make sure to exercise:

If you want to avoid this disease, as well as stay healthy, then make a habit of exercising daily. If you do not exercise, then do the walk.