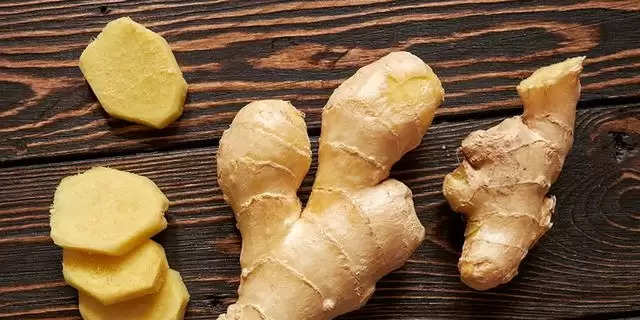 Ginger Barfi Benefit: By using ginger, you can save yourself from many types of diseases in winter. The Ministry of AYUSH has advised eating ginger to avoid colds.

Ginger Barfi Benefit: With the fall of snow in Kashmir as well as the hilly states of India, cold is increasing rapidly in many states of North India. In such a situation, people in these states facing the wrath of cold are getting affected a lot by cold, cold, and cough. In such a situation, the Ministry of AYUSH has advised people to eat ginger to take care of their health.

The Ministry of AYUSH constantly informs people about beneficial recipes for their health care in the country. Given the ever-increasing cold, the Ministry of AYUSH has advised people to use Ginger, also known as Ginger Barfi, to avoid it. The taste of ginger is quite pungent, while its use provides many health benefits.

Ardraka Paka is a delicious & nutritious snack that helps in improving appetite & digestion. It is also useful in prevention & management of sore throat, cold & cough.#Ayush #AmritMahotsav

In a tweet made by the Ministry of AYUSH, it has been told that ginger, guna, pure ghee, ginger powder, cumin, black pepper powder, cardamom, cinnamon, bay leaf, coriander powder are used to make Ginger Pak. . To make Idarak Pak, finely chop 200 grams of ginger and grind it in a mixer jar, after which fry it by adding ghee in a pan, in which mix all the things slowly. When the ginger is cooked, take it out on butter paper and keep it cool down. After which spread it well on butter paper. After which cut it into square pieces with the help of a knife.

Let us tell you that apart from providing benefits in cold, cold, and cough, using Ginger Pak also improves digestion. Eating ginger barfi also provides relief in sore throat and sore throat. At the same time, it has been mentioned in some reports that continuous use of ginger also helps in reducing weight. Ginger reduces the risk of heart disease by reducing the cholesterol deposited in the body.