Have you tried 'Sone Ka Vada Pav', people were surprised to know the price 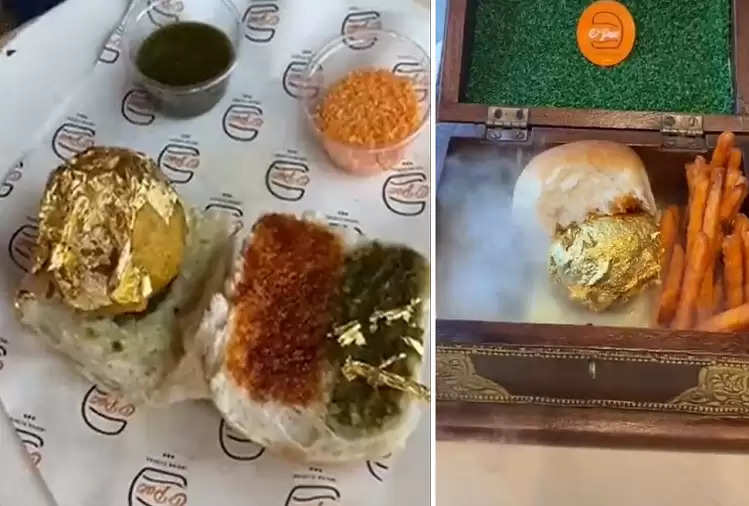 Mumbai Vada Pav is famous all over the world. Not only in Mumbai but also outside the country people like to eat it with great fervor. Recently, a shocking case has come about Vada Pav.

O'Pao restaurant in Dubai's Karama, which is famous for serving Indian cuisine, has introduced the world's first 22 karat gold Vada Pav, which will be available for dine-in only at a starting price of AED100 (approximately Rs.2,000). 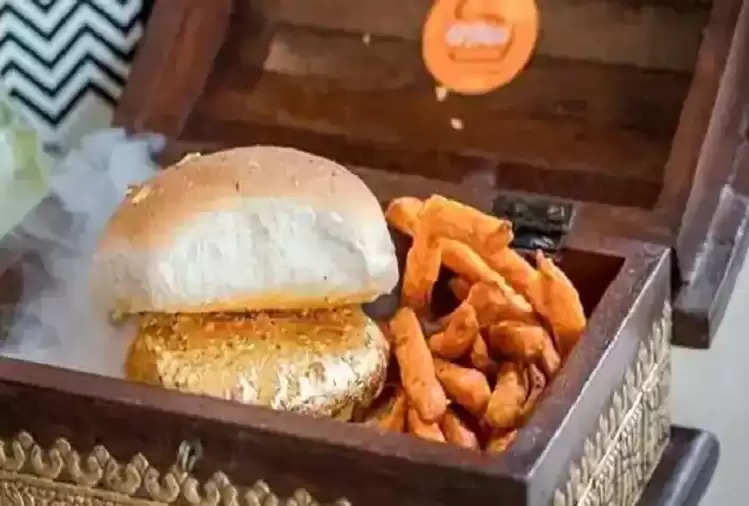 Twitter user Masrat Dawood shared this video with the caption, "#Gold_Vada_Paav Vada pav is served in a wooden box lit with nitrogen base in the video. The pack also contained sweet potato fries and mint lemonade.

Vada Pav is made with truffle butter and cheese. Not only this, the mouth-watering vada is covered with 22K goldwork, due to which the price of the vada is so high.

#Gold_Vada_Paav This is what's wrong with the world: too many rebels without a cause. pic.twitter.com/JKeKsgOLEo

Bread is coated with Homemade Mint Mayonnaise Dip. The potato dumplings are wrapped with French-imported 22-carat golden leaves. Masrat Dawood has shared the video on Twitter, which has been viewed by more than 13 thousand people.