Fashion Tips: Tara Sutaria wore a Banarasi suit, the style made everyone crazy There is more than one such actress in the film world, whose performance is well-liked on the big screen. There is one such actress, who is known for her strong acting from her dance and that is Tara Sutaria. Fans also follow his dance steps. But apart from all this, there is one more thing for which Tara Sutaria is well known, and that is her fashion style. Tara is almost always in the headlines for her fashion sense. Whether it is Tara's sari look or in any other dress. Tara Sutaria makes everyone crazy in her desi to western outfits. Something similar was seen recently when Tara Sutaria reached Banaras. Her look that came out here made everyone crazy about her dressing sense. So let's know about his look...

Actually, Tara Sutaria shared some of her pictures on her official Instagram account, in which she is seen in a Banarasi suit. She reached Banaras in this dress and also did aarti there. After this, this Banarasi look of Tara is being liked by the fans. 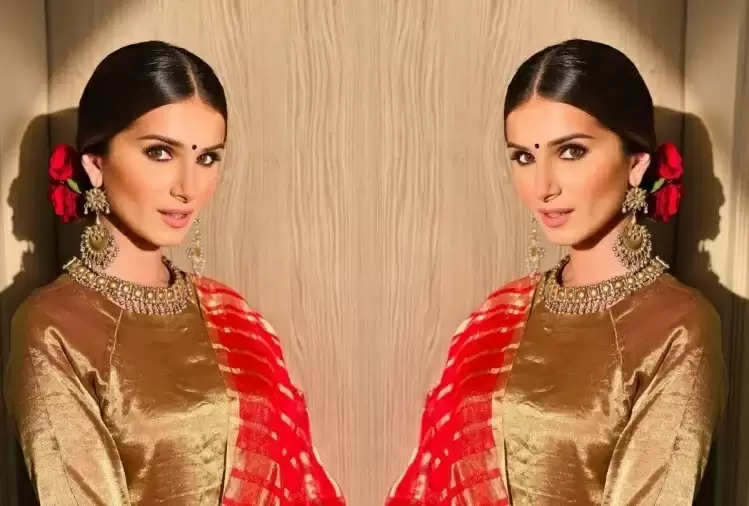 such is the dress
If we talk about this dress, then it is a Banarasi suit. The color of this suit is golden, which looks lovely on Tara Sutaria. At the same time, he is carrying a red dupatta with it. 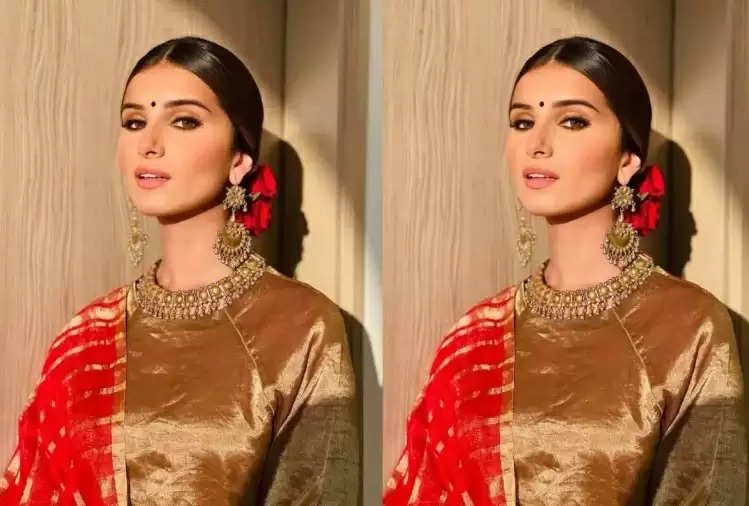 Completed the look like this
With this dress, Tara Sutaria is wearing big earrings and a necklace around her neck, which look very beautiful on her. At the same time, he has made a bun of hair and has put red rose flowers on it.

you can also try
If you also want to get a simple and stylish look like Tara Sutaria, then you can try this look which will add to your look.