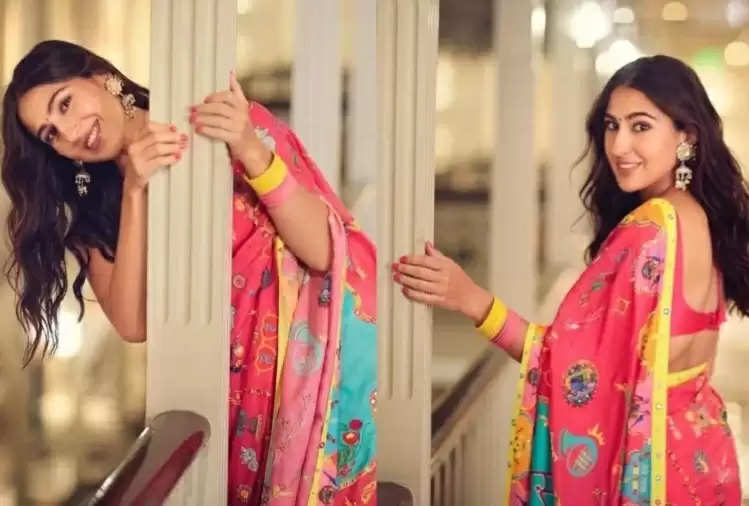 Sara Ali Khan is in a discussion about this picture after her sari look. Sara has done a photoshoot in bold style. It can be seen in the pictures that Sara is wearing a white shirt. Sara Ali Khan's shirt buttons are open. On the inside, he is wearing a black inner.

Sara Ali's captivating poses are stopping the fans from taking their eyes off her. To complete her look, Sara has left her hair open which is scattered. There the no-makeup look is carried. 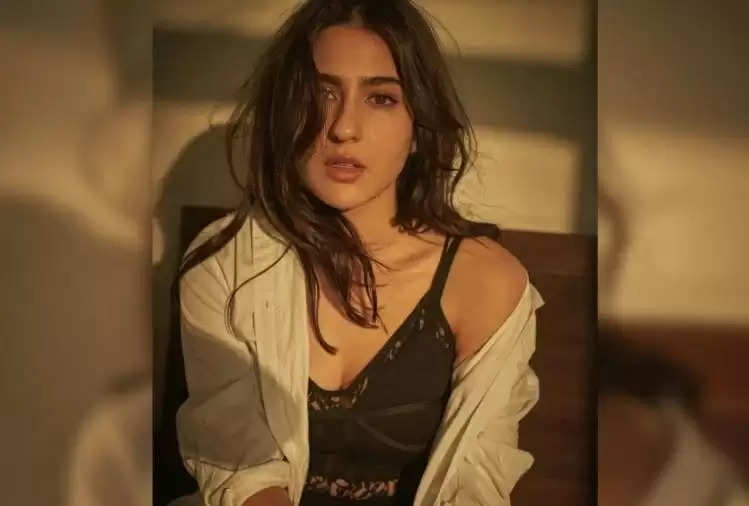 Prior to this, Sara Ali Khan wore a carrot-colored sari, which has prints of many more colors on it. Some lines are also written in this saree of Sara. The dialogue of Amitabh Bachchan's film 'Mere Paas Maa Hain' is written in Sara's sari, which is grabbing everyone's attention.

To complete her saree look, Sara has worn carrot and yellow bangles matching the saree. Along with this, earrings have been carried. Light makeup and a small dot on the forehead justify her traditional look.