Bridal Mehndi: These bridal mehndi designs are in trend, try this wedding season too For any bride, the most important thing in her makeup is Mehndi. Bride's Mehndi has its own special significance in the wedding. This is not only a sign of makeup or a honeymoon but there is also a special ritual of marriage. Before the wedding, the bride has a Mehndi ceremony, in which Piya's name is written on her palms. There are many beliefs associated with Mehndi, such as the more color the mehndi brings to the bride's palm, the deeper the love of the husband. The bride is also very excited about her mehndi. Wedding season is on. In such a situation, many girls are going to become brides. If you are also going to become a bride in this wedding season, then you will definitely have to make mehndi on the name of the husband to be married. 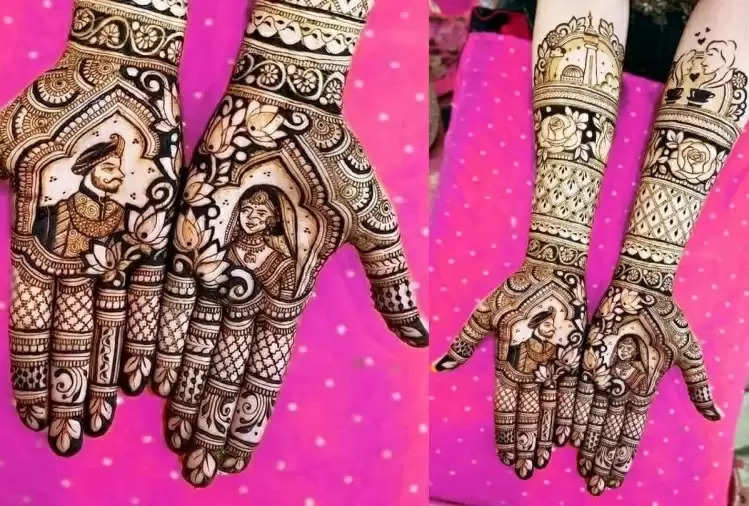 These days the mehndi design with the picture of the bride and groom is in trend. You can apply this type of mehndi. 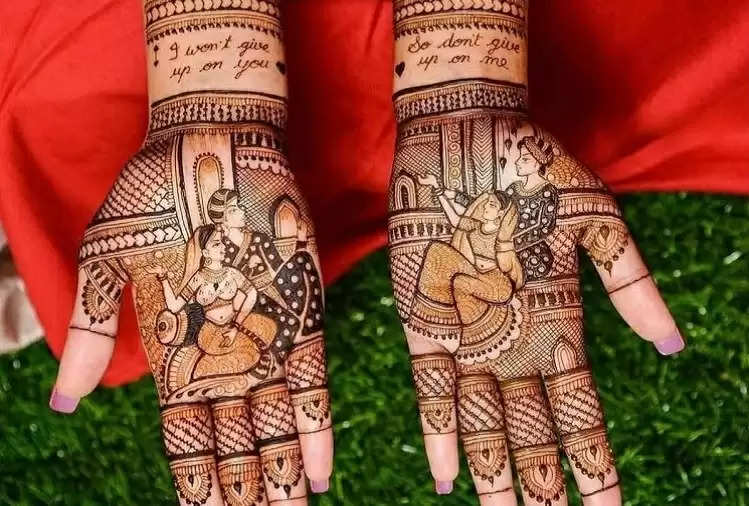 This mehndi design depicting the wedding rituals will also look lovely on your hands. You can also get something written on your hands for your future husband. 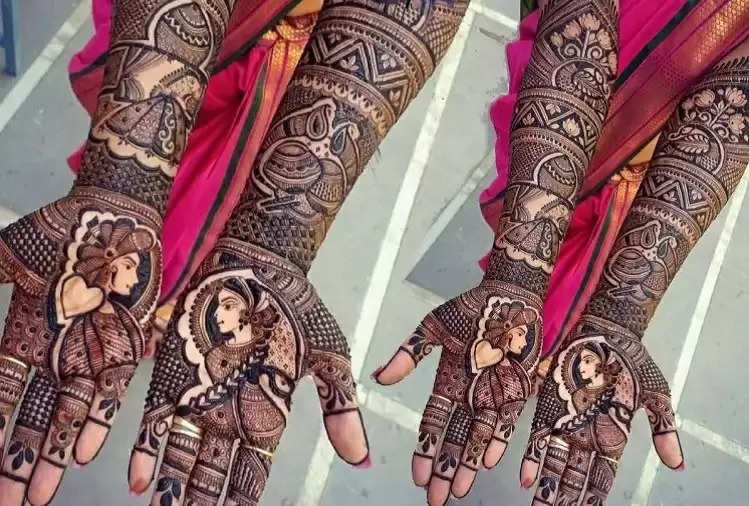 Fine mehndi designs look lovely in the bride's palms. This kind of stuffy design can be applied. 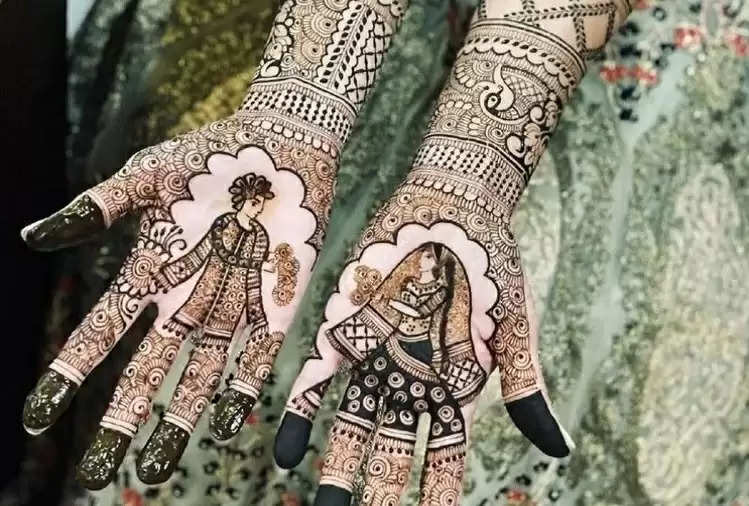 This mehndi design will also look attractive on your fair hands.

This mehndi design with palms adorned by the bride and groom also enhances the beauty of the bride's hands.

After creating this design of mehndi, it will look very cute. Brides can wear this type of design.

This mehndi design depicting the love of a boy-girl shows the romance that starts in your life.

You can apply this type of mehndi on the backside as well as the palms of the bride.

Filled with big designs and from palms to wrists, this type of mehndi design brings a lot of beautiful colors after creating.