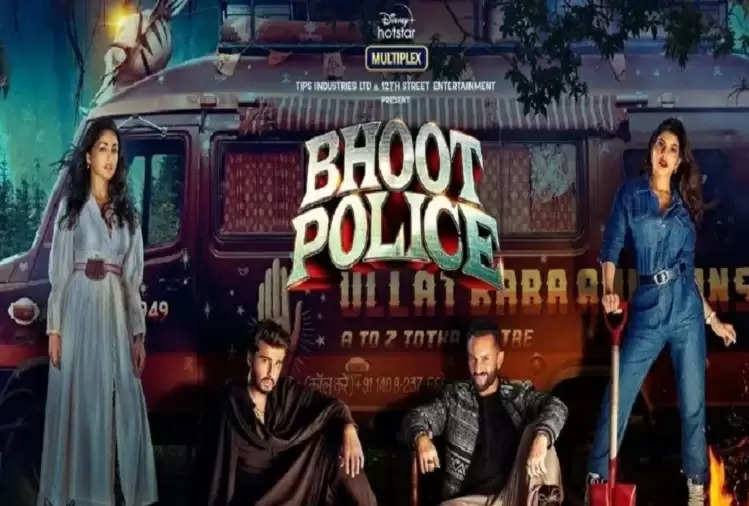 On the sets of the music reality show 'Mati Ke Lal', Annu Kapoor would often tell me, 'Raag Rasoi Pagdi, Kathoon Kathoon Ban Jaye..' which means, the melody of the music, the kitchen of the housewife, and the headgear of the head just sometimes become a hundred Saudi right. Gets it. Cinema is like that too. A film that captivates for its entire duration gets made just infrequently. And, sometimes even a good idea, a good director and a good film editor together don't get the audience hooked till the end because the script of the film doesn't hit the screen as it was woven. In Western countries, films on a different theme of 'Ghostbusters' have been made. There have been many films made on finding and 'liberating' demonic forces, 'Bhoot Police' is the native version of this idea. And it took the minds of five authors to make this edition. 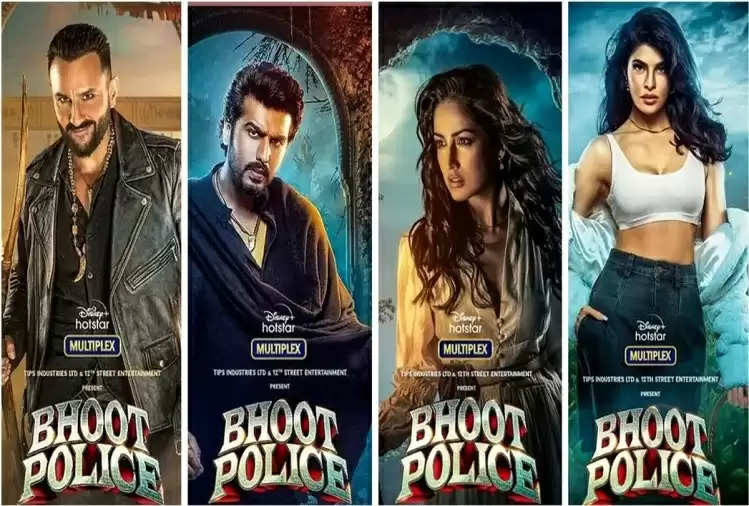 The story of the film 'Bhoot Police' is probably thought of after Rajkumar Rao and Shraddha Kapoor's film 'Stree'. Raj Nidimoru and Krishna Dasari Kothapalli (Krishna DK) along with Sumit Arora made a successful attempt to bring Hindi cinema closer to more or less a new category in Hindi cinema through the film 'Stree'. After that, all the producers were involved in making horror comedy but bringing effects like 'Stree' is also similar to raga, kitchen, and page. In the film 'Bhoot Police', there are two brothers who look like uncles, nephew and both are out to catch ghosts. The twist is just that one takes this job seriously and the other jokingly. Every department of the film has worked sincerely. Yes, being a film of Tips Music Company, the audience who was expecting a couple of haunting songs in it was disappointed.


On the contrary, Baba was a famous Tantrik of his time. His sons Chironji and Vibhuti are earning a living with the help of their inheritance in Pilibhit's numbered vehicle. There is also an angle of nepotism in the film as well as that of Go Kichkandi Go. The story begins on the contrary with Baba & Sons making money through the pretense and reaches where they are actually designed to have a face-to-face encounter with a spirit. There are two heroes in the story of Mumbaiya film and there are bound to be two heroines. Yami Gautam and Jacqueline Fernandez have been roped in for this. Both of them have inherited a tea plantation. Here too one has a heartfelt attachment to heritage and the other has to settle down in London. The story starts coming in a hurry only after coming to the tea garden. After the initial chaos, timepass sequences, and interpolation stories are inserted to increase the length of the film, the story keeps the audience hooked for only half an hour from the last. 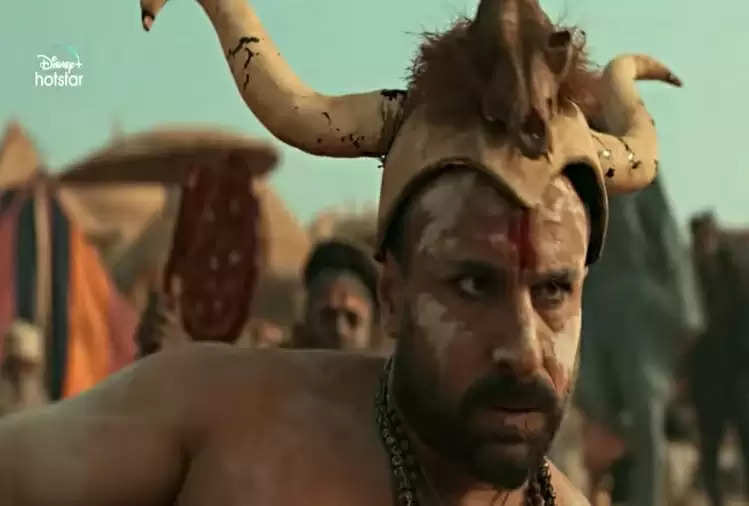 Very weak at the script level, 'Bhoot Police', a film that you have never seen before, has nothing. Looking at Saif Ali Khan, it seems that he has given up efforts to do something better as an actor. Their facial expressions are pre-set according to the scene. They have similar expressions of shock, sensuality, and joking. He repeats them in every film. Arjun Kapoor has been brought in the place of Ali Fazal in the film and he does not seem to be doing any special charisma in the film. According to the character, he had to be a little patient and serious but his dialogues seem artificial according to his character. If any Pahari dialect had been put in his dialogues, it would have been right according to the legacy of his character.

The acting department of the film 'Bhoot Police' is also very weak in terms of its heroines and character actors. There is nothing special for Yami Gautam to do in the film. She has done better characters than this in her earlier films. Jacqueline Fernandez has a lesser share in the story than her contribution. Hindi is not spoken in that manner, so the writer has to tell that his heart is in London. The scene composed to establish the character of Javed Jaffrey is the longest and weakest scene in the film. Rajpal Yadav also failed to make an impact in this scene. The same is the case with Girish Kulkarni. Seeing Amit Mistry on screen leaves an emotional impact. Yes, Jamie Lahiri has done his job the best.

According to the films of Bhoot Pret, the producer of the film Ramesh Taurani has spent a good amount of money on it. The production value of the film is also according to its stars. Jayakrishna Gummadi with his cinematography and lighting combinations gives the film a nice and eye-catching Chola. He was successful in bringing the colors of Rajasthan on the screen and creating the mysterious atmosphere of Himachal Pradesh. And, what has helped the film the most in this is its sound design and background music. Anirban Sengupta and Clinton Cerejo deserve praise for this. The film's look, colors, decor, noise are all great, its soul is just 'missing'.