A man gifted his wife a house that looks like the Taj Mahal, it took three years to build A replica of the Taj Mahal of Agra in Burhanpur, Madhya Pradesh has been built as a luxurious house. Incidentally, just as Shah Jahan had erected the iconic monument as a symbol of love for his wife, so too is the building gifted by the man to his wife.

It took three years to build this 4-bedroom house, which is an exact copy of the Taj Mahal.

The engineer who built the house said that there are many challenges in building a house. He studied the real Taj Mahal closely. He sought help from artists from Bengal and Indore for the carvings inside the house. 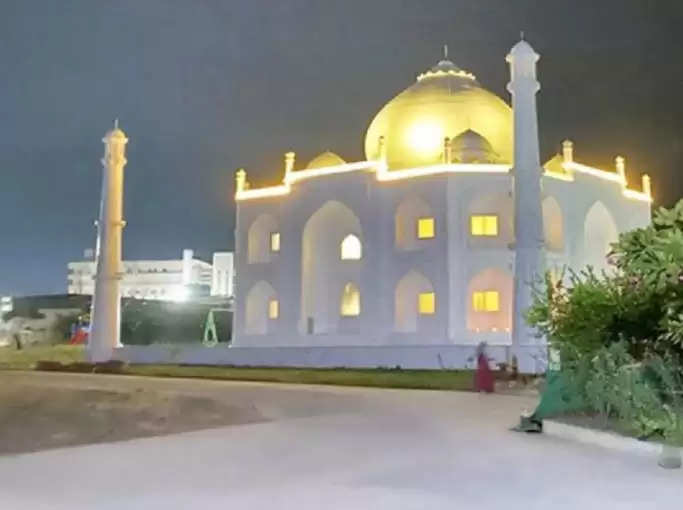 It has a large hall, 2 bedrooms downstairs, 2 bedrooms upstairs, a library, and a meditation hall.

Not only this, the lighting has been done both inside and outside the house in such a way that this house glows in the dark like the real Taj Mahal.