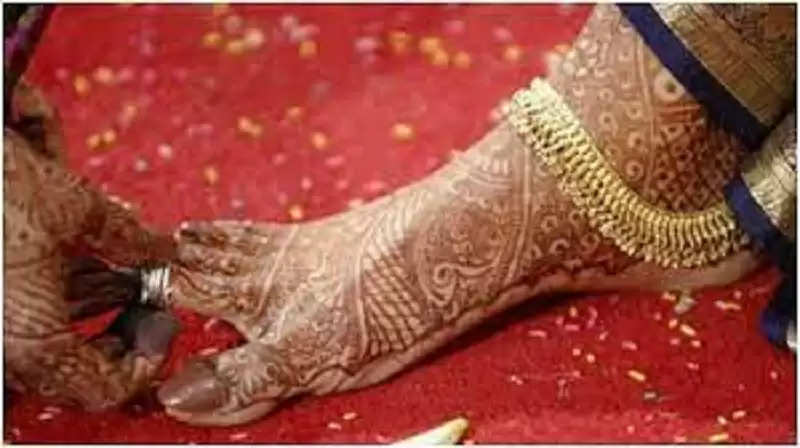 "India is a country of diversities. Every religion and community has different customs here. In Hinduism, you must have seen married women wearing a bichiya. Bichiya is worn on the finger next to the thumb. Very Women Toe Rings also wear a toe ring. But have you ever wondered why women wear a toe? Not only does the beauty of your feet increase, but there are many religious and scientific reasons behind it. Let us know here the religious and scientific importance behind wearing a toe.

Bitch is related to the Ramayana period

It is believed that It is said that when Ravana kidnapped Sita, he threw these toenails for his identity. Therefore it is considered very auspicious for women to wear them. It is said that it keeps the woman attached to her husband. These bees are worn during Durga Puja to the Mother Goddess.

Bitches are part of sixteen makeup
According to astrology, The bride's beehives are part of the bride's sixteen makeup. They hold great importance in Hinduism. Every married woman must wear them. These are signs of happiness. It is considered to be the carrier of Lakshmi. Therefore, if it is lost, then it is considered very inauspicious.
Scientific Significance
According to science, wearing a toenail of women keep their health good. Because the toe is worn on the finger next to the thumb. It works as acupressure. The veins of this finger are directly connected to the heart and uterus of women. Due to this, there is pressure on the veins of the finger, due to which the circulation of blood in the veins is done properly. This keeps the blood pressure under control. Women do not have to face the problem of irregular periods. That's why it is very beneficial for women who have problems with irregular periods.

Why are toe rings worn only of silver?

Actually, gold is considered to be the form of Goddess Lakshmi. It is believed that wearing gold jewelry below the waist insults Goddess Lakshmi. That's why only silver rings are worn. Silver is considered a good conductor of electricity. It absorbs the polar energies of the earth and transmits this energy to the body. Due to this, this energy is transmitted in our bodies. This makes women feel good. It is known to remove negativity from the body of women.