Why is the color of the bulldozer yellow, why not white or black, this is the reason 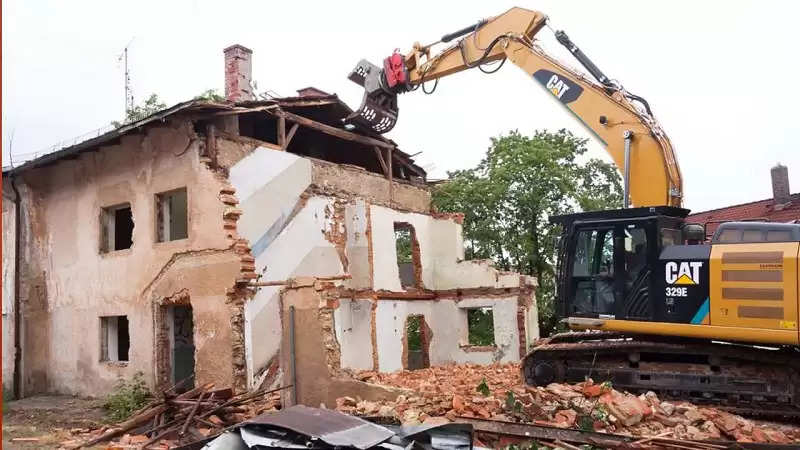 The color of bulldozers has not always been yellow. It has also been used with other colors on it.

Why bulldozer color is yellow: On seeing the bulldozer, a question arises why its color is yellow, why not black, white, or any other color? If we look from the point of view of science, then you will find that it is reasonable to paint it in yellow color. Know the reason for this…

Bulldozer started in Uttar Pradesh electionsBulldozer) is still under discussion. Yes, the reason for the discussion has changed. Whose property has been bulldozed recently, it is now the Supreme Court (Supreme Court) have reached and are requesting action. On seeing the bulldozer, a question arises that its color is yellow (Yellow ColorWhy is it there, why not black, white, or any other color. If we look from the point of view of science, then you will find that it is reasonable to paint it in yellow color. Many reasons were given behind doing this, which proves that it is right to give it a yellow color.

Why were bulldozers given yellow color, what is the meaning of its name and what are the different types? Know the answers to these questions…

This is the real reason for the yellow color

According to the report of Orissa Post, the color of bulldozers has not always been yellow. It has also been used with other colors on it. For example, when it was prepared in the 50s, its color was kept red and white. However, there was a debate on these colors because they were not being proved right from the scientific point of view. So the discussion on changing the color started. Only after this was the choice of yellow color done.

There have been many arguments behind why yellow has been chosen. For example, it is a symbol of commercial construction. The biggest reason was that yellow is a bright color and such a color should be used on any construction site, which can be seen from a distance. That’s why the bulldozer was painted yellow. Now let us understand why it was named Bulldozer.

Bulldozer is made up of two words, Bull-Dose. Understand in simple language, such a powerful machine that can be used from carrying goods to demolishing big constructions. Bulldozer is not just one type, it has many types. Such as – crawler, wheel, hybrid, ship, and mulcher bulldozers. This can be understood with different examples.

Now understand how to use them

Crawler bulldozers are used to move such things which are considered very heavy. They have crawlers instead of wheels. The same crawlers that are seen in army tanks. This type of bulldozer is used in places where wheeled bulldozers do not work properly.