What happened when Shri Ram was defeated by his own devotee Hanuman? Click here to know! 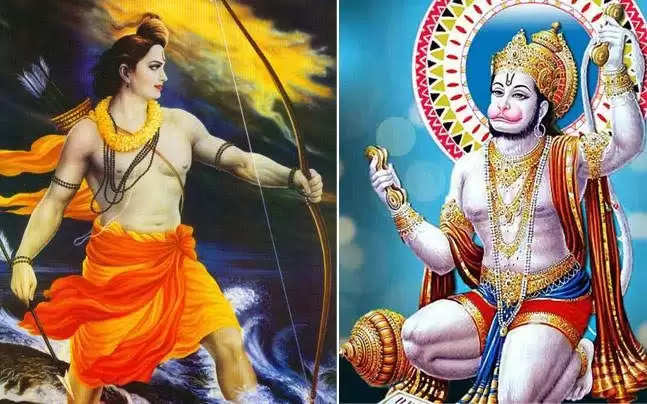 It is said that in this whole world there is no devotee of Lord Rama like Hanuman Ji and this is also true because Hanuman Ji supported Lord Rama at every step in the Ramayana period and with his immense strength, he got out of every difficulty.

Very few people know that once Lord Rama had to fight with his own supreme devotee Hanuman. Today we are going to tell you about this unique incident of the Ramayana period. 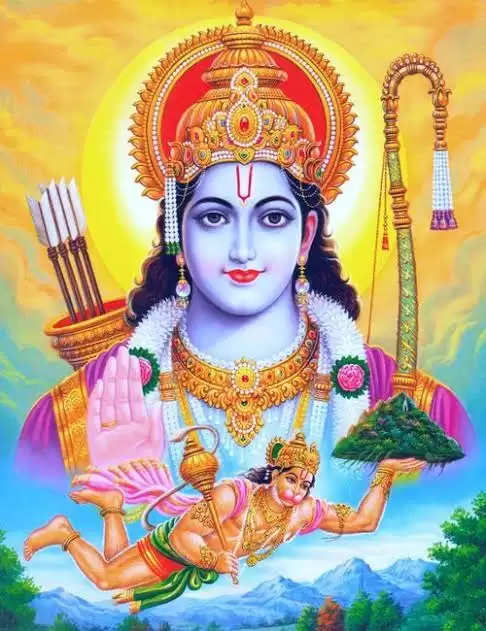 According to the Uttar Ramayana, after the completion of the Ashwamedha Yagya, Lord Rama organized a big meeting and invited all the deities, sages, sages, eunuchs, and yakshas and kings to it. On the provocation of Narada Muni, who had come to this meeting, a king bowed down to everyone except Vishwamitra in front of the whole assembly. Sage Vishwamitra got angry on this matter and told Shri Ram that if that king was not punished before sunset, then he himself would curse Rama.

On this, Lord Shri Ram vowed to give the death sentence to the king and when this news reached that king, he ran away and went to the shelter of Anjani, the mother of Hanuman Ji. He did not tell the whole thing to mother Anjani and asked her to protect him.

Then Mother Anjani ordered Hanuman to save the life of the king and thus the line of war was drawn between these two. Hanuman Ji did not know that he had to protect the king from his lord himself and he unknowingly took an oath to Lord Rama that no one would be able to pluck the king's hair. When Hanuman Ji came to know about the truth, he got into trouble that how to save the life of the king and how to keep the promise of his mother. 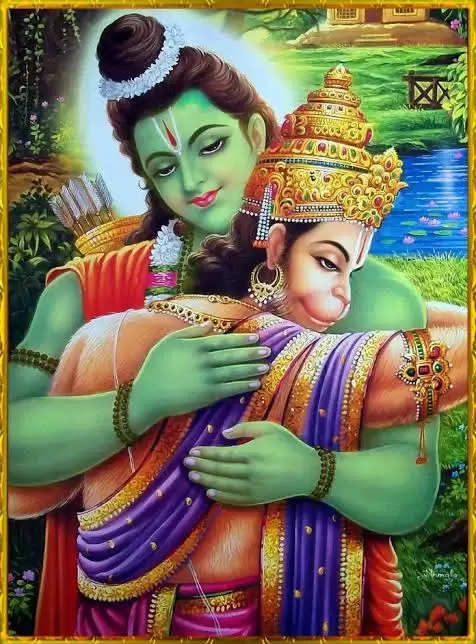 Then the Lord thought that how can I take the life of my own devotee. Then Shri Ram returned and told his dilemma to sage Vishwamitra, but Vishwamitra remained firm on his point. On this Shri Ram Bhagwan went back to the banks of the river Saryu. In such a situation, Lord Rama was remembering Hanuman Ji.

When Shri Ram took out an arrow on the banks of the river Saryu, the king started chanting the name of Ram at the request of Hanuman Ji. Shri Ram was again in a dilemma. Rama returned again and on the behest of Vishwamitra, came back to the banks of Saryu. This time the king started singing Jai Jai Siyaram Jai Hanuman.

In this dilemma, sage Vashishta advised sage Vishwamitra not to put Rama in trouble like this, he cannot kill his devotee. Then Vishwamitra freed Shri Ram from his word.