UNICEF organized a special session: Discussion on the importance of Mission Indradhanush and Immunization 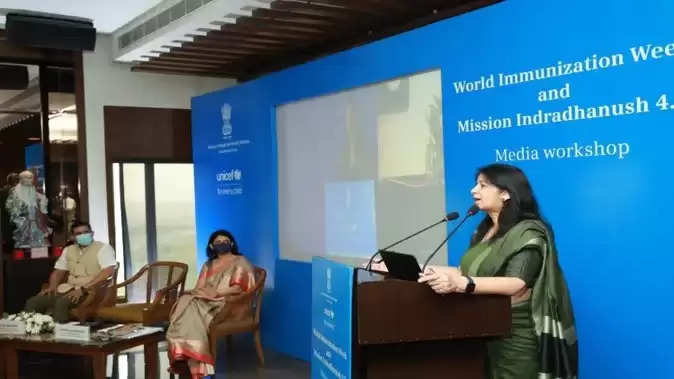 UNICEF India and Ministry of Health and Family Welfare organized a media orientation workshop on the theme 'COVID-19 New Messaging and Intensified Mission Indradhanush (IMI 4.0)'. The 'World Immunization Week' observed every year between 24-30 April was also included in this media interaction session. Veena Dhawan, Additional Commissioner, Health and Family Welfare Department, Jaffrin Choudhary, Head of Advocacy and Partnership, UNICEF India, and Dr. Vivek Virendra Singh, UNICEF health expert participated in this media workshop. Intensive Indradhanush Mission 4.0 and Immunization were discussed in the program. In the beginning of the program, Jafrin Choudhary told the importance of ongoing vaccination in the country. He thanked vaccine manufacturers, distributors, ASHA workers to those who are trying to make this vaccination drive a success. 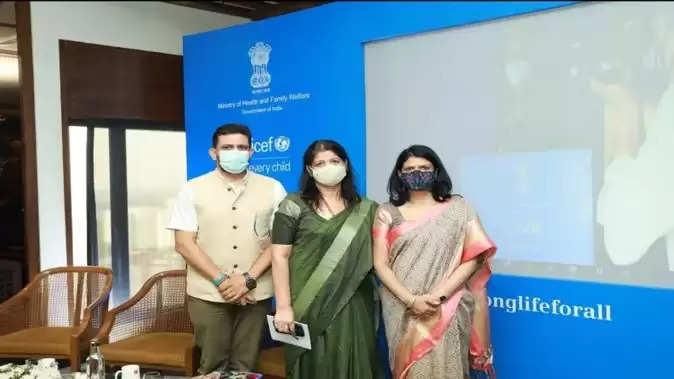 Beginning his statement, Veena Dhawan, Additional Commissioner, Health and Family Welfare Department said that it is very important for people to be aware about vaccination. Kovid has made us understand about how to face the adversity. Till now, 187 crore doses have been administered to people across the country. The public health system has played a big role behind this. After this, he explained the importance of universal immunization and said that the infant mortality rate has come down due to vaccination.
Speaking in the program of UNICEF, he said – Under full immunization coverage, it is necessary for all the children of the country to get all the primary vaccines within the first year. In the year 2014, it was seen that there is still a large population of the country, which is not fully immunized. For this reason, Mission Indradhanush was launched in 2014. The main target of this mission was on the urban area. In the year 2017, we changed it to Intensified Mission Indradhanush. At the same time, the gap in this mission has come due to Corona virus and and Kovid vaccination. It needs to be filled, so that all the children of the country can be safe. We recently conducted 3 rounds under Mission Indradhanush in February, March and April. We conducted around 4.7 lakh sessions during these three rounds. Since then, we have vaccinated 43 lakh children and 11 lakh pregnant women. Veena Dhawan said in her statement that the media played an important role during the Kovid period. Apart from this, he also stressed on the importance of routine immunization. 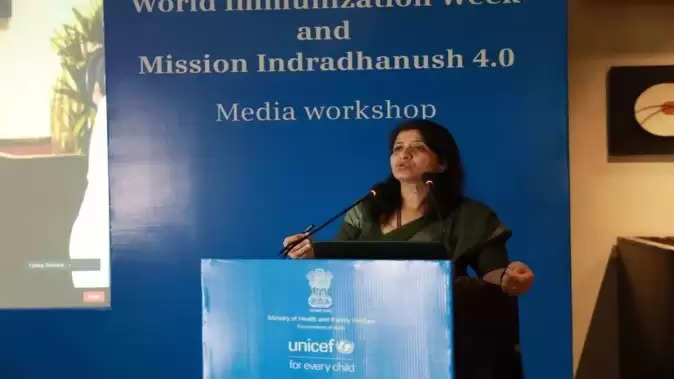 Amar Ujala's question - "Amidst the misinformation and rumors about vaccination, those who are afraid of getting the vaccine. How can this doubt prevail among them be removed? Apart from this, we include religious leaders, regional leaders, gram panchayat people with us. After that, together with them, they work to eliminate the rumors and misinformation prevailing among the local people with the help of correct information. After this, UNICEF health expert Dr Vivek Virendra Singh, while speaking, told the importance of vaccination. He said - "In the last 30 years, 92 million lives have been saved due to vaccination." Mission Indradhanush campaign is being run for complete immunization coverage in the country.
media orientation workshop on covid 19 new messaging and intensified mission indradhanush