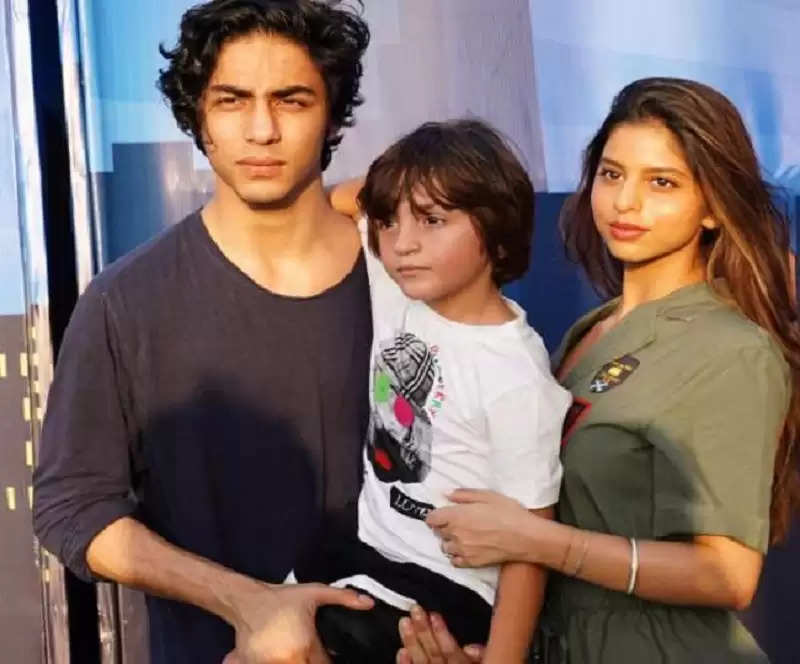 The teaser of Suhana Khan's debut film The Archies has been released on Saturday. The teaser has been a topic of discussion since its release. Responding to the teaser, Bollywood celebs are praising Suhana and the entire team.

The teaser and first look of the debut film 'Archies' starring Suhana Khan, Agastya Nanda, and Khushi Kapoor has been released on Saturday. After the release of the teaser, it is becoming increasingly viral on social media. Bollywood celebs and fans are praising the look of all the debut stars. Now Suhana Khan's brother Aryan Khan has given his reaction to the teaser of Archies and wished Suhana all the best for her debut.

Aryan Khan shared the poster of The Archies on his official Instagram story and tagged Suhana Khan, he wrote, Best wishes baby sister, this teaser of Archies is amazing. Everyone's look is fabulous, you all will be killed by this look.

Before Aryan Khan, Suhana's mother Gauri Khan, and Shah Rukh Khan shared the teaser on their respective official social media handles, praising the daughter as well as the entire team and wishing them all the best for their new journey. 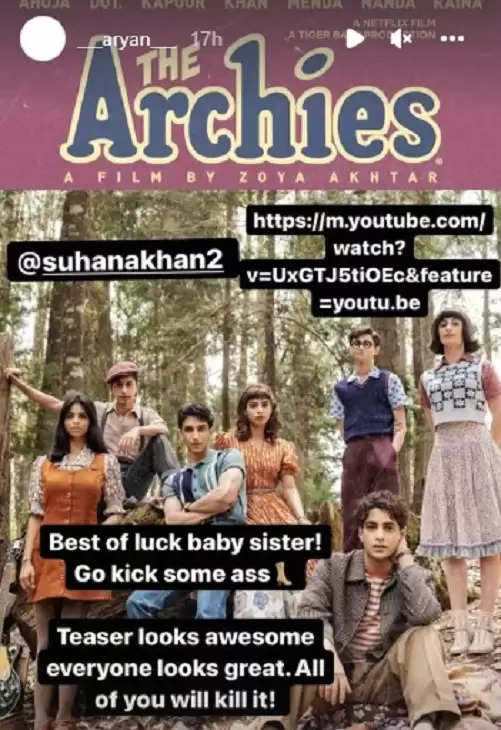 Congratulations… all the best to all the amazing kids and team of #TheArchies . And who better than #ZoyaAkhtar to guide them through this journey!! You did it Suhana!!!!!!! ❤️ pic.twitter.com/1heBzUV2Vv

In this film, Suhana Khan Veronica Lodge, Khush Kapoor Betty Kapoor, and Agastya Nanda are seen in the Pep Comics standalone character of Archie Andrews, but the cast has not been officially announced yet.

The film will release next year

According to the information, Zoya Akhtar announced this project last year through an Instagram post. Hindi adaptation of The Archies Comics, which will be based on a live-action musical set in the 60s. The film is being produced by Zoya Akhtar, Reema Kagti, and Sharad Devarajan under the banner of Tiger Baby and Graphic India. The film, directed by Zoya Akhtar, will be released next year, in 2023.