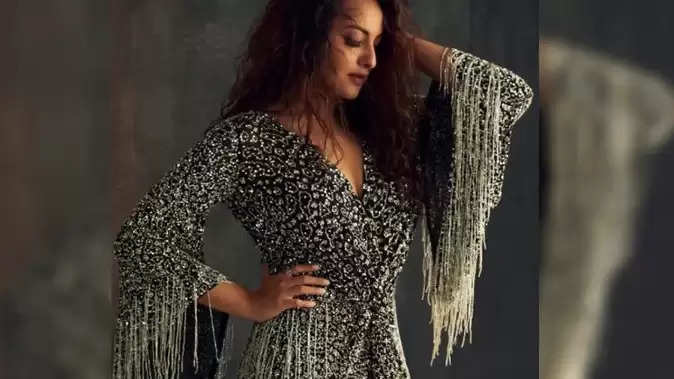 Sonakshi Sinha has a different fashion sense among the Beetown beauties. Sonakshi's look at the Eid party looked completely different. Actually, Salman Khan's sister Arpita Khan had organized an Eid party. In which there was a gathering of Bollywood stars. At the same time, very special acquaintances of Salman also reached this party. Not only Sonakshi Sinha, the beautiful look of Beetown beauties was seen in this party. Which includes from Kiara Advani to Jacqueline Fernandez. At the same time, Karisma Kapoor, Shahnaz Gill also reached this party. But Sonakshi's style was the most different in all this. 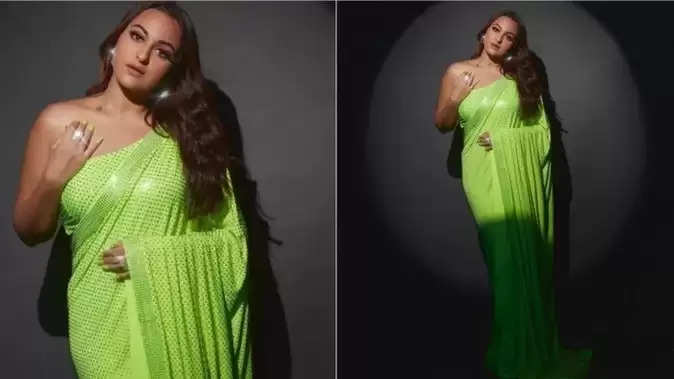 Sonakshi also shared pictures of her look on Instagram now. In which she is posing wearing a sari adorned with neon colored stars. Miss Sinha had chosen a neon green color saree for this party. Which had crystal work on it. The whole sari looked amazingly beautiful, adorned with silver colored crystals. On the other hand, Sonakshi matched this sari with a one shoulder blouse. The neon green color saree had a silver crystal border only. At the same time, the one shoulder blouse was also made on the matching pattern. Which was working to make this contemporary saree of Sonakshi bold. Dabang girl Sonakshi made this saree splendid with her subtle makeup. Including nude tone lipstick. Although kohl rimmed makeup looks beautiful on the eyes. 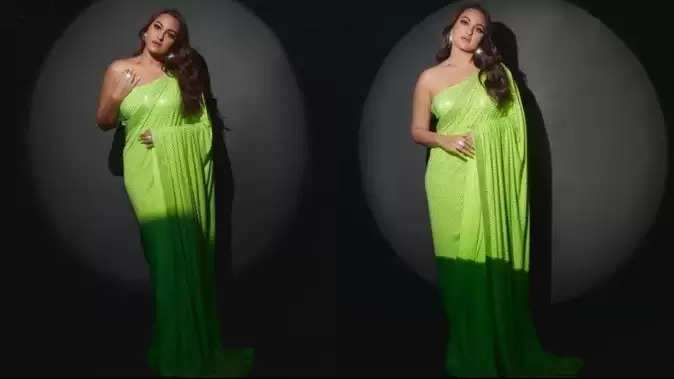 Talking about accessories, Sonakshi is wearing a ring with diamond studs in her ears. At the same time, the hair has been kept side parted wavy curly. In which her entire look is looking glamorous. Talking about Sonakshi's saree, this prestitched saree has been taken from the clothing line Earth. Styled by stylist Mohit Rai.