Shimla Mirch history: You should also know these interesting facts related to capsicum 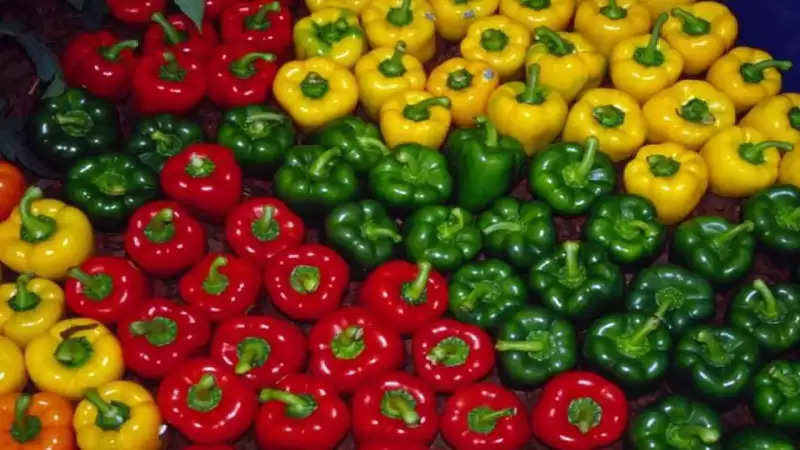 Know the history of capsicum related to India

You must have consumed capsicum many times, but have ever wondered why it is named after Shimla, a famous tourist destination of the country. In this article, we are going to tell you some interesting facts related to capsicum i.e. capsicum.

On hearing the name chili, some people try to run away from it, but there is such a chili, which nowadays people like to eat with great fervor. We’re talking capsicum ( Shimla Mirch history in India ) The taste of which is considered to be wonderful. Due to being tasty, now in hotels themselves, in most homes, tasty things are being made from it. right in trend, Chinese food items are included in it. Test-enhancing capsicum is also considered beneficial for health. Nowadays it is green as well as yellow, and red. ( Red capsicum ) And is available in different colors. Another special thing is associated with this chili and that is its history.

You must have consumed capsicum many times, but have ever wondered why it is named after Shimla, a famous tourist destination of the country. In this article, we are going to tell you some interesting facts related to capsicum i.e. capsicum.

How capsicum came to India

Even though this vegetable is named capsicum in India, it is not an Indian vegetable in origin. It is said that the British brought it to India during British rule. Shimla was called the Summer Capital of India when its cultivation was started in India. During this, the British started growing it in Shimla and its surrounding areas. Due to its good yield and tasty to eat, people started cultivating it in large numbers.

This is the real name

This vegetable is closely related to Shimla of Himachal, but in English, it is called Capsicum. By the way, it is also called by the name of Bell Pepper. Its taste is slightly pungent, but still, it is also called sweet pepper. By the way, the botanical name of capsicum is Capsicum Enum and it is a member of the Solanaceae family. In Hindi, people call it capsicum.

Make these things from capsicum

If you want to make something tasty, then you can take the help of capsicum. You can use it in pizza, cheese rolls, paneer rolls, chowmein, or other things. In most Chinese restaurants, the taste of capsicum is found in most things. The special thing is that you can also eat it as a salad. Health experts also consider it healthy.