Relationship: There are sweet arguments between every couple about these things, know whether your issue is in this or not 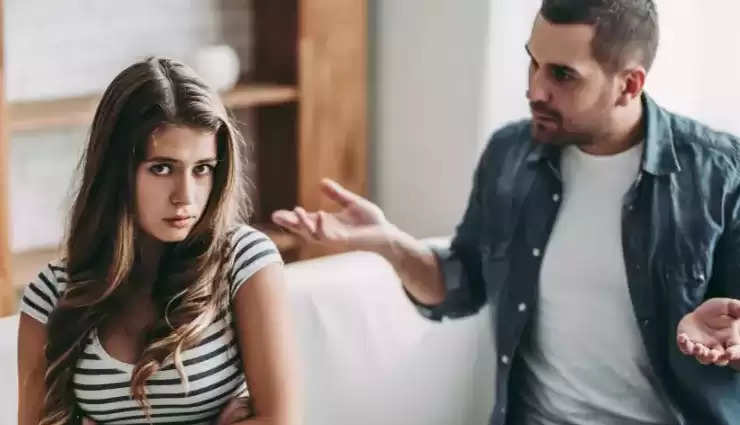 Relationship is a relationship which is a unique amalgamation of love and quarrel. Every couple will agree that there is always a tussle going on between the two partners on one thing or the other, which also works to strengthen their relationship. Even between the world's best and happy couples, there is a dispute about something. Although the relationship of every couple is different from the other, but there are some things in common between everyone that become the reason for these sweet fights. Today in this episode we are going to tell you about the same things. You must have had an argument with your partner on these issues at some point or the other. So let's know about them...

Battle of tv shows
The views of husband and wife about the choice of TV shows do not often meet. While women like to watch TV serials or movies more, on the other hand, men enjoy watching matches on TV or watching news of the country and the world. In such a situation, when both are sitting together in front of the TV, then there is often a dispute between them regarding the remote.

Dispute over communication gap
Communication i.e. communication is considered essential for every relationship. How will you understand each other's words if there is no way to communicate with each other? If your partner is hesitant to talk to you, then definitely talk to him about it. Somebody has to take the initiative, so why don't you go ahead this time?

Food fight
This is also a very common but popular fight between couples. It is not necessary that the food choices of both husband and wife are the same. Especially, if one is vegetarian and the other is non-vegetarian, then this problem increases even more. It is often a big issue for such couples that what will be made in the house or what should be made in the dinner which is the favorite of both.

Quarrel over work division
If both are working, then all the household chores should also be done by both of them together. If you are handling the responsibility of the house as well as the office alone, then you have every right to fight with your partner. It is possible that seeing your loving anger, the partner starts helping in the household chores.

Quarrel over finances
Money is one of the reasons for stress in any relationship. It would be better to keep sharing your financial plan with each other. Try to understand each other's needs. Believe that it is necessary to have money and property to live life, but because of that there should not be a rift in the relationship.

Phone fight
In the digital age, this has also become the reason for the common fight between the couples. Often people are so busy in their phones that they do not even know about the activities happening around them. Not only this, because of this, their partner also feels very bad and sometimes there is an argument between them about the same thing.