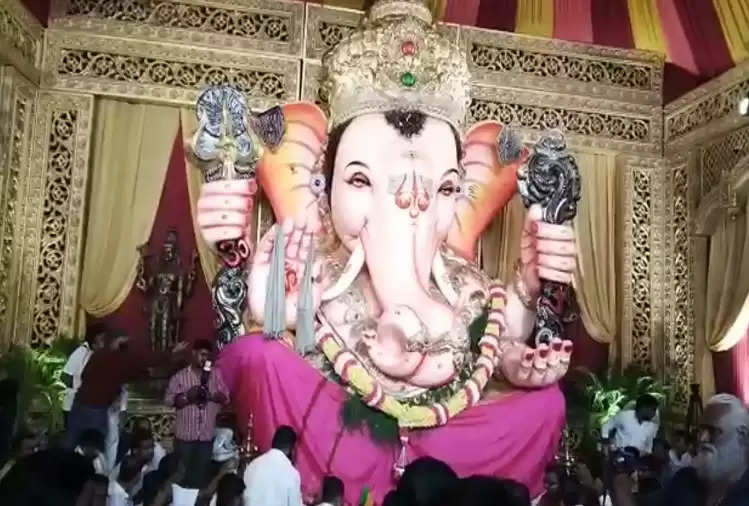 The popular 21 kg Balapur Ganesh Laddu was auctioned on Friday for an all-time record of Rs 24.60 lakh. V Laxma Reddy, a trader and member of Balapur Ganesh Utsav Samiti, bought the laddus. The local people believe that the laddu brings good luck, health, wealth, and prosperity to them.

A total of nine bidders, including three non-locals, participated in the auction. Last year the cost of sweets was Rs 18.90 lakh.

The annual auction of laddus at Balapur village on the outskirts of the city marks the beginning of the Ganesh Visarjan procession, which passes through different parts of the city to reach Hussain Sagar Lake in the heart of the city.

According to the Balapur Ganesh Utsav Samiti, which organizes the auction every year, the laddu was sold for Rs 450 in the first auction held in 1994.

Since then, this dessert has grown in popularity and price. Since it is believed that it brings prosperity to the winner, merchant-politicians compete with each other to bid every year. In 2020, the auction was canceled as there was no public function due to the COVID-19 pandemic.

Kolanu Mohan Reddy bought the laddus in the first auction in 1994 and was a successful bidder for five consecutive years. As he claimed to bring prosperity to life by winning the bid, the laddus became more popular.

The winners not only distribute the pieces of laddu among their family and friends but also sprinkle the remains on their agricultural fields, trading houses, and at home.