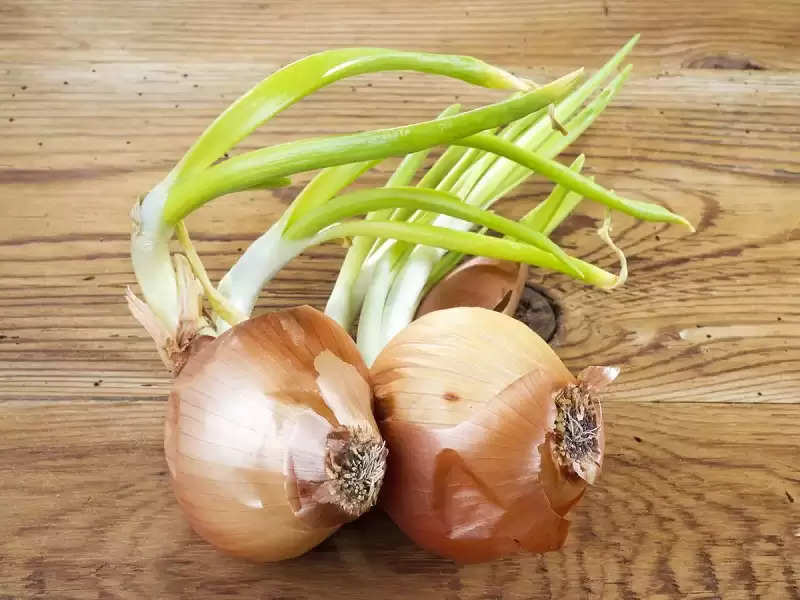 Due to the excessive use of food, people buy onions in large quantities and keep them in the kitchen, and after keeping them for several days, onions sprout. People throw sprouted onions and using them can prove beneficial. We are going to tell you about these benefits.

There are many benefits of consuming onion in summer. It is said that onion can also play an important role in avoiding the havoc of heatstroke. People also use onion in beauty care routines. Most people consider onion to be the best in hair care. They take care of hair with onion juice or oil. By the way, the biggest feature of onion is that it is helpful in enhancing the taste of the vegetable and that is why it is an important part of most people's kitchen. Food lovers use onions in many ways, including blending them or slicing them. But there is another way, which can make it even more healthy for health. We are talking about using onion sprouts (onion benefits). Very few people try this method, but it is said that it has many health benefits.

Due to its high use in food, people buy it in large quantities and keep it in the kitchen, and after keeping it for several days, onion sprouts. People throw sprouted onions and using them can prove beneficial. We are going to tell you about these benefits.

1. It is said that vitamin C is also present in abundance in sprouted onions. If you consume sprouted onions regularly, then it will remove the deficiency of vitamin C in the body and your immune system will be strong.

2. Due to the high amount of fiber in this onion, it is considered effective in keeping the digestive system healthy. According to experts, if fiber is taken in the right amount in the body, then stomach-related problems stay away from us. In such a situation, by eating sprouted onions raw, you can also overcome the lack of fiber.

3. It is said that the properties of calcium and phosphorus are also present in sprouted onions. If you consume it daily and in limited quantity, it helps in maintaining strong teeth and bones.

4. In the summer season, people consume many things to avoid the heat, including the name of sprouted onions. It is said that eating it in the form of salad keeps the stomach cool and the digestive system also works properly.