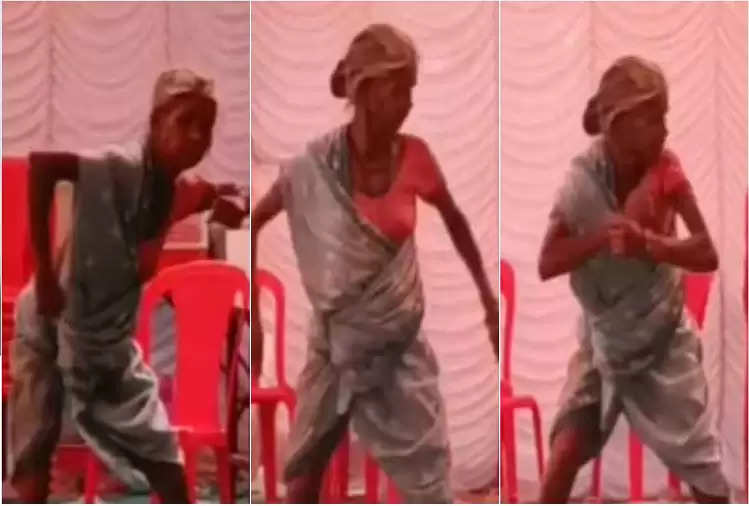 Allu Arjun and Rashmika Mandanna's starrer film - 'Pushpa: The Rise' has been very popular across India and people are often seen dancing to its songs and reciting the film's dialogues in social media viral videos. From the songs of 'Pushpa' to its dialogues, the craze is not stopping.

The hook step of the song 'Same Same' remains everyone's favorite dance step. From celebrities to common people, they are sharing their videos while dancing to this song. Meanwhile, a dance video of an elderly woman is doing the rounds on the internet, where she is seen grooving to the song 'Same Samee' from the film Pushpa.

This video has been shared on the social media platform Instagram with the handle 'gieddeandgieddee', whose caption reads, "Whose future is this - Mention". More than 4 thousand people have liked it. Users are not tired of praising the tremendous energy of the old lady dancing to the song.

Netizens are giving positive feedback on the video. One user wrote, 'The dance of the elderly won my heart. While another user wrote, "Wow.. what a dance." A third user commented, "I want to be like him." Some are sharing emojis to appreciate his efforts. So watch the video here and share your comments.