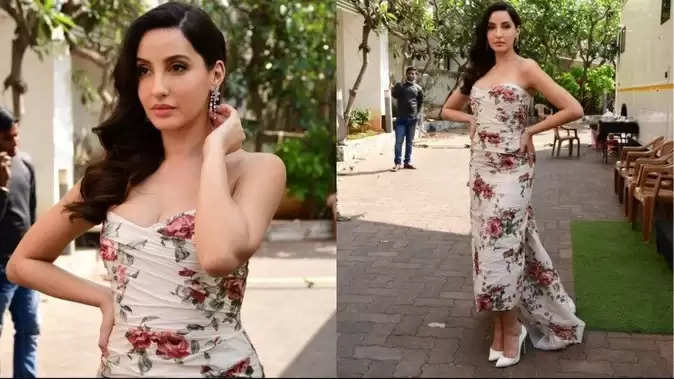 Nora Fatehi grabs headlines as soon as she comes in front of the camera. She grabs everyone's attention with her hot and bold looks. Something similar was seen. When she reached for the shooting of dance reality show. Where her mermaid look was stealing everyone's heart. At the same time, Nora also poses fiercely with her beautiful looks. Which becomes viral as soon as it comes on social media. 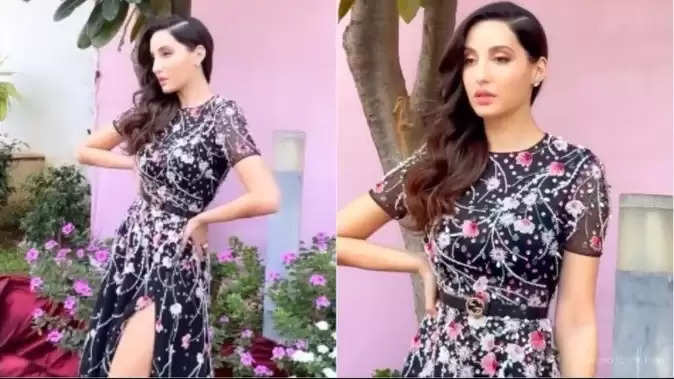 Nora once again entered the gorgeous look for the shooting of the dance reality show. After which there was a competition to take his pictures. Nora had chosen white color body fitting clothes for the shoot of the show. Whose fabric was very thin. At the same time, the design of this tight fitting gown was giving Nora a mermaid look. 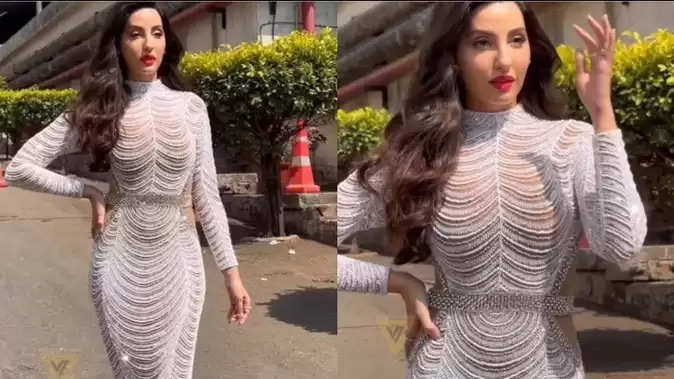 Nora Fatehi was seen flaunting her curvy figure in this tight fitting gown. Talking about the gown, there was shimmer work on this white colored outfit. At the same time, the design of this shimmery work was like the skin of a mermaid. Nora's gown with high neck and full sleeves had side cuts. Which was completely flaunting her curvy figure.
At the same time, on this white color gown, there was a silver color belt near the waist. While the high slit on the back was making it glamorous. Nora was wearing silver color pumps with this hot look. While talking about make-up, as usual, she was seen doing side parting with wavy curly hair. Talking about makeup, Nora was wearing red lipstick with glossy finish makeup. While the eyes have been completed with just a double coat of mascara for no makeup. 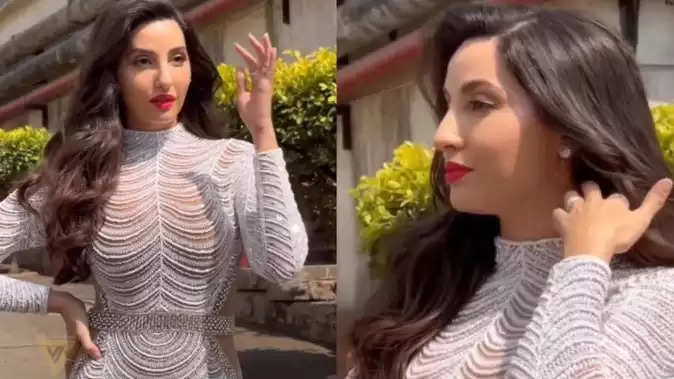 Nora often impresses fans with her gorgeous look. Whose pictures she also shares on Instagram.