Monkeypox symptoms: - The fourth case of monkeypox came to India, know what are the symptoms and how fast this virus spreads 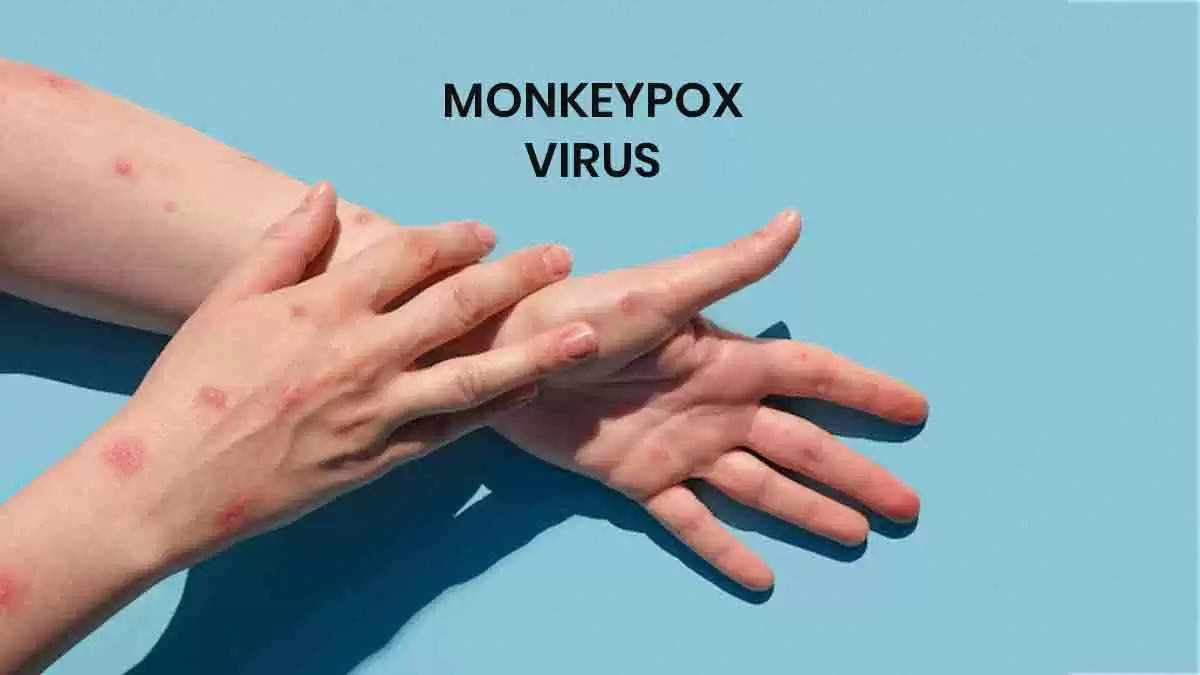 Monkeypox in India: The first case of the monkeypox virus has been reported in Delhi. The patient admitted to Lok Nayak Jai Prakash Hospital in the city has no history of foreign travel. This is the fourth confirmed case of the monkeypox virus in India. Let us know in detail about the symptoms, causes and precautions of this virus through the article. This information has been shared by WHO on its website.

Monkeypox is a disease caused by the monkeypox virus. It is a viral zoonotic infection, which means it can be transmitted from animals to humans. It can also spread from person to person.

Why this virus is called 'monkeypox'?

The disease is called monkeypox because it was first identified in 1958 in colonies of monkeys kept for research. It was later detected in humans in the 1970s.

What are the symptoms of monkeypox? (Monkeypox Symptoms)

Monkeypox can cause a variety of signs and symptoms. While some people have mild symptoms, others may develop more severe symptoms and need to be seen by a doctor. Those at high risk for serious illness or complications include pregnant women, children, and those with weakened immunity.

The most common symptoms of monkeypox include fever, headache, muscle aches, back pain, loss of energy and swollen lymph nodes. This is followed by the development of granules that can last for two to three weeks. The rash can occur on the face, palms of the hands, soles of the feet, eyes, mouth, throat, groin, and genital and/or anal parts of the body. The number of grains can range from one to several thousand. The rash begins to flatten, then fill with liquid before forming a crust, drying out and flaking off, forming a new layer of skin beneath it.

Symptoms usually last two to three weeks and usually go away on their own or with care, such as medicine for pain or fever. People remain contagious until all the rash has formed a crust and a new layer of skin is formed.

Anyone who has symptoms of monkeypox or has been in contact with someone who has monkeypox should visit a doctor and seek their advice.

Who is at risk of getting monkeypox? (Monkeypox Risk Factors)

People who live or have close contact (including sexual contact) with someone with monkeypox, or who have regular contact with animals who may be infected, are most at risk. Health workers should follow infection prevention and control measures to protect themselves when caring for monkeypox patients.

Newborns, young children, and people with weakened immunity may be at risk for more severe symptoms, and in rare cases, monkeypox can lead to death.

The environment can become contaminated with the monkeypox virus, for example when an infectious person touches clothing, bedding, towels, objects, electronics, and surfaces. Anyone else who touches these objects can become infected. It is also possible to become infected by skin flakes from clothing, bedding or towels or by breathing in the virus. This is known as fomite transmission.

If you think you may have monkeypox, you can work to protect others by seeking medical advice and isolating yourself from others until they have been evaluated and tested. If you have probable or confirmed monkeypox, you should stay isolated from others until all of your rashes have healed, the scab has fallen off and a new layer of skin has formed underneath. This will prevent you from transmitting the virus to others.

In most cases, the symptoms of monkeypox go away on their own within a few weeks. However, in some people, the infection can lead to medical complications and even death. Newborns, children, and people with impaired immunity may be at risk for more severe symptoms and death from monkeypox.

Complications of monkeypox include skin infections, pneumonia, confusion and eye problems. In the past, 1% to 10% of people with monkeypox has died. It is important to note that mortality in different situations can vary due to several factors. These figures may be overestimated because surveillance for monkeypox has generally been limited in the past. In the newly affected countries where the current outbreak is taking place, there have been no deaths so far.

Is there a vaccine for monkeypox? (Vaccine for Monkeypox)

Yes, a vaccine was recently approved to prevent monkeypox. Some countries are recommending vaccination for at-risk individuals. Many years of research have led to the development of new and safer vaccines for an eradicable disease called smallpox, which may also be useful for monkeypox. One of these is approved for the prevention of monkeypox.

Only people who are at risk (eg someone who is in close contact with someone who has monkeypox) should be considered for vaccination. Mass vaccination is not recommended at this time while the smallpox vaccine is protective against monkeypox in the past.