Monkeypox came to India, the first patient found in this state 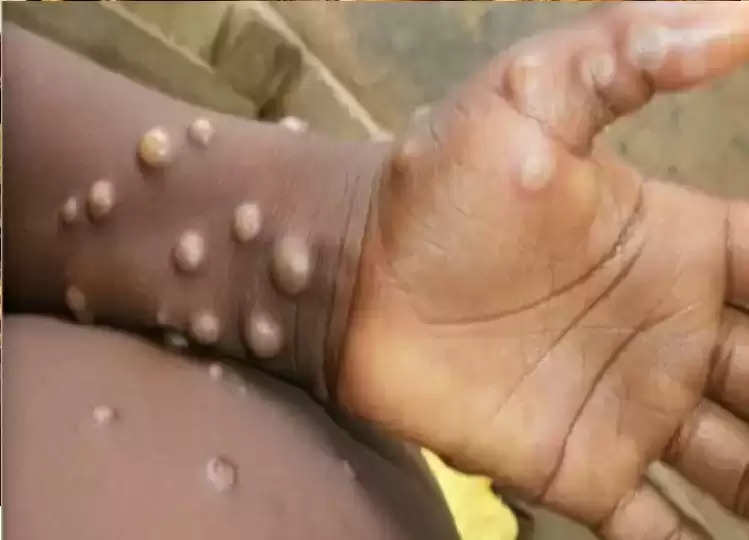 Amidst the increasing outbreak of the Corona epidemic, another virus has knocked in India. Monkeypox, which is spreading all over the world, has now come to India as well. On Thursday, the first case of monkeypox was found in the state of Kerala. After which the Ministry of Health has written a letter to all the states giving necessary guidelines. Let us tell you that in the last 6 months, about three and a half thousand people around the world have been infected with monkeypox. In such a situation, now the question people is what are the symptoms of monkeypox and how can it be prevented.

Monkeypox is a contagious disease. Which rashes occur on the body similar to smallpox. However, they are a little less than that. This infection was first detected in monkeys in 1958, hence the name monkeypox.

After monkeys, the first case of monkeypox in humans was found in Congo in 1970. It usually includes fever, weakness, back pain, white rash inside the mouth, red rash on the body, swelling, muscle pain, rash, and lump-like boils on the body.

Talking about the initial symptoms of monkeypox, first of all, the patient gets a fever. After this, red-colored rashes start appearing on the skin. At this time you need to consult a doctor. Apart from this, the patient experiences body ache, fatigue, phlegm in the throat, and rash on the body.

According to WHO, these symptoms can be seen in the patient's body from the 5th day to the 21st day. In the beginning, it looks a lot like the flu. But gradually this infection spreads rapidly.

Like coronavirus, it is also an infectious disease, which can be transmitted from person to person. In such a situation, people suffering from monkeypox should isolate themselves and should not come in contact with others for 21 days, otherwise, this disease can spread.

After the symptoms of monkeypox appear in the body, you should immediately isolate yourself from others, because this virus also spreads rapidly. In case of recurrent fever, you can take normal paracetamol on the advice of the doctor. But avoid taking too many medicines and the way misleading information is being spread that monkeypox is deadly and it kills people. Stay away from such information.