Marriage tips: ​​​​​​​Know what is pre-marriage counseling? You can get these benefits from it 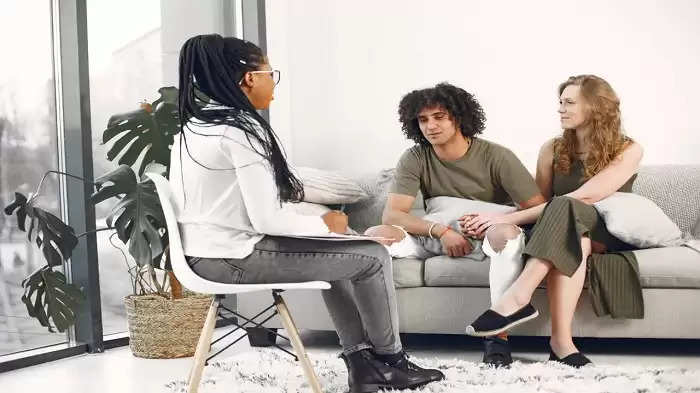 Pre Marital Counseling tips: In the pre-marriage counseling going on in the trend, people ask or discuss with the counselor the life partner and the upcoming situations. The important purpose behind this is that the couple going to get married should understand each other properly in advance.

The decision related to marriage is that part of life, which if taken wrongly, then nothing will be achieved except regret later. In today’s time, the young people who get married take a lot of thought and decision. even though their parent's life partner ( Marriage tips in Hindi ) But the final decision is taken by the youth in most the cases. People now consider themselves mentally apart from physical ( Mental health ) They get married by preparing themselves so that they are ready for the situations to come. Just as society and youth have developed, in the same way, there has been a big change in their thinking about getting married. Before marriage, people try to get to know each other properly. One of these efforts is pre-marriage counseling. (Premarital counseling)

In the pre-marriage counseling going on in the trend, people ask or discuss with the counselor the life partner and the upcoming situations. The important purpose behind this is that the couple going to get married should understand each other properly in advance. In this article, we will tell you about pre-marriage counseling in detail, as well as give information about its benefits.

What is pre-marriage counseling?

This is a kind of therapy, in which the young people going decide on marriage and discuss the problems that arise after that. They talk about what will happen after the child enters into life by taking money. In this, they can get a chance to know each other’s behavior and weaknesses. With the help of a counselor, you can overcome the shortcomings and avoid problems in marriage beforehand. According to experts, by adopting this therapy, you can prepare the outline of your happy married life.

Help to solve problems: After problems arise in the relationship, people remain entangled in problems instead of solutions. In such a situation, the relationship comes on the verge of breaking up. To avoid such situations, take the help of a counselor before marriage. He will guide you on how to find solutions and advise you to stay positive.

Aggressive Behavior: Some people are prone to aggressive behavior and their behavior can act as a dark shadow even on unbreakable bonds like marriage. Often people become aggressive towards their partner after marriage. This behavior can hurt their self-esteem. In such a situation, with the help of a counselor, such youth can control their behavior. If the youth understand things, then they can overcome the shortcomings present in them.