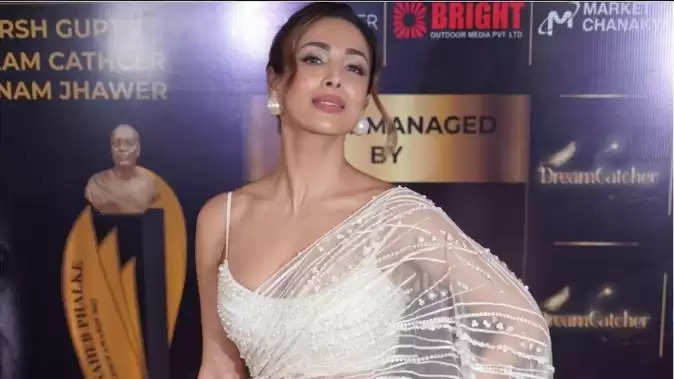 Malaika Arora looks amazing even at the age of 48. All the limelight comes only on Malaika's part. Something similar happened once again. When she reached the award show wearing a sari. Malaika added such a touch of boldness to the desi look. Trollers also praised that as soon as the pictures came on social media. 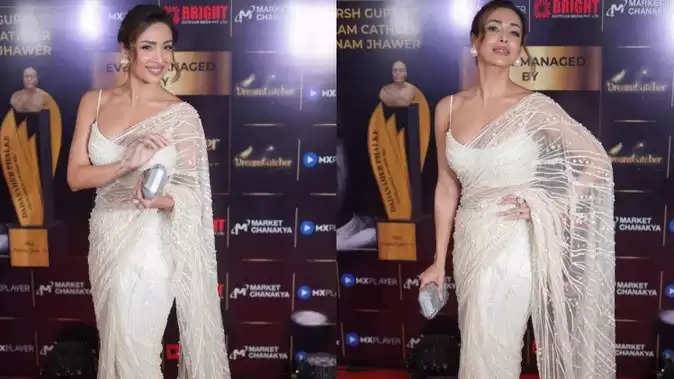 Malaika Arora had reached the award show. Where her look caught everyone's attention. Malaika Arora chose a white-colored saree for this award show. On which the pearl detailing was done. At the same time, this sari of sheer fabric had feathers on the hemline of the pallu. Who was making it so beautiful? Malaika paired a sheer sari with a matching blouse.

Whose U shape neckline and strappy sleeve were visible enough to make this blouse bold. There was also pearl work on the white-colored blouse. The same Malaika matched this pearl detailing saree with pearl earrings. While the neutral tone pink lipstick with a bun and messy hair in the front were completing the look. 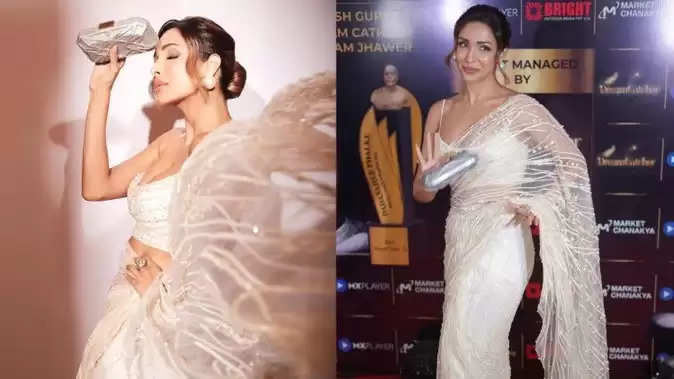 Talking about makeup, kohl's rimmed eyes looked very beautiful with beaming highlighter. Seeing such a beautiful desi look of Malaika Arora where her fans were praising her fiercely. At the same time, the trollers who always trolled for his western look also praised her. One troller wrote that the desi look looks good on her. So there one wrote Malaika looking very beautiful. 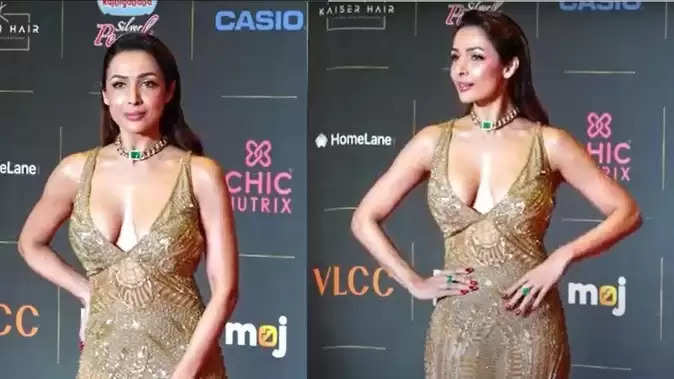 Malaika Arora is getting a lot of praise these days because of her looks. In the past, her look in the golden gown was also discussed fiercely. The one she wore reached the Miss India Grand Finale.