Krishna Yatra: Do you know the secret why Lord Krishna chose Kurukshetra for the Mahabharata war? 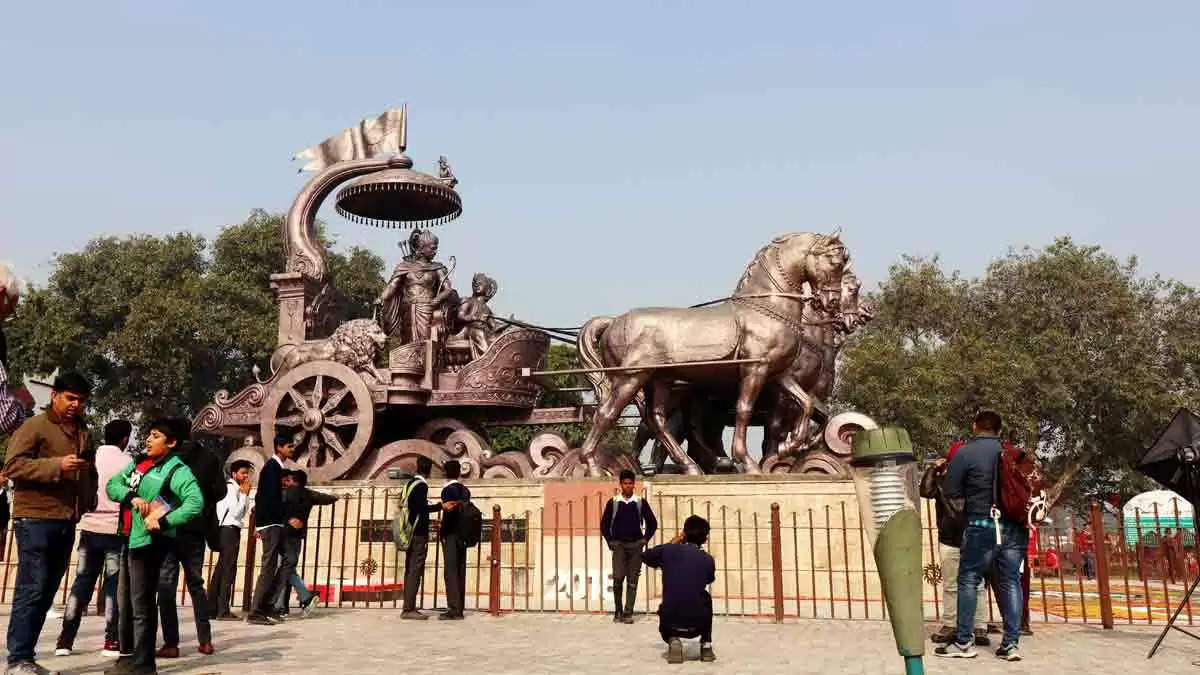 It is known to all of us that Lord Krishna preached the Gita to Arjuna in Kurukshetra, where according to legend, the war of Mahabharata took place. But if you are asked why Kurukshetra was chosen for the Mahabharata war, then what can be your answer? If you do not know then you must read this article.

Let us tell you that before this article, we have told you about Krishna Jansthali in the Krishna Yatra series. Now in this article, we are going to tell you about the story due to which Lord Krishna chose Kurukshetra for the Mahabharata war. Let's know.

According to many legends, for this odd battle of Mahabharata, there was a search for a place where a large number of soldiers could stand and fight. In such a situation, Lord Krishna was chosen for this work you should also look for such a place. According to the legends, when it was decided that there would be a war, then Shri Krishna sent his messengers to find a place for the war.

Why did Krishna choose Kurukshetra for the Mahabharata war?

An interesting story is told behind the selection of Kurukshetra for the war of Mahabharata. It is said that Shri Krishna was afraid that if he saw the death of Kauravas and Pandavas during the war, he might make a treaty somewhere nearby. Because of this fear, he chose land that had a very serious history of anger and malice. In such a situation, he chose this place for the war.

The story behind choosing Kurukshetra

It is said that after this incident narrated by the messenger, he decided that this place is perfect for the war among brothers; guru-disciple and relatives. It is said that so many soldiers died in the war that even today the soil of Kurukshetra is red.