Krishna Abhishek became emotional about the rift with Mama Govinda and said- I miss you a lot and want... 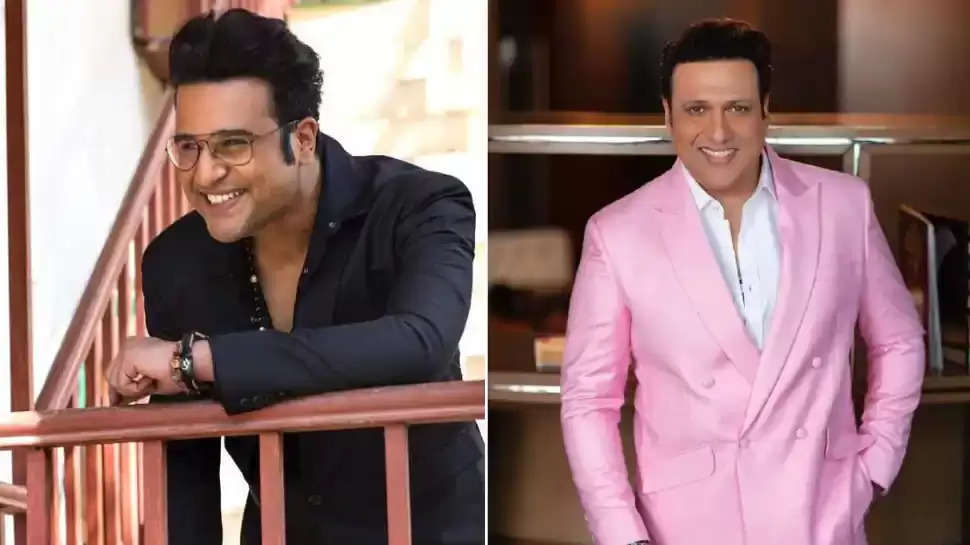 The news of the rift between Krishna Abhishek and Govinda often dominates the media. The two are often seen avoiding facing each other at any time. But now Krushna Abhishek, sharing the feeling with Maniesh Paul, talked about Mama Govinda.

When Krishna Abhishek came to the industry, people often saw the image of Govinda in him. People used to enjoy it a lot from dancing to expressions like him. Whenever the uncle-nephew pair used to come on stage, people's faces used to be happy. But ever since there has been a rift between the families of both of them, both of them are seen avoiding coming in front of each other. Whenever Govinda came on The Kapil Sharma Show with his wife Sunita, Krushna Abhishek was missing from that episode. But now Krishna has openly expressed his heart and told how much he misses spending time with Govinda every moment.

Comedian Krushna Abhishek recently became a part of Maniesh Paul's podcast and during this time host, Maniesh Paul questioned him about the long-running rift between him and Mama Govinda, which made Krushna Abhishek very emotional. Sharing his feeling with his friend and host Maniesh Paul, Krishna said that whenever he talks about his maternal uncle, he gets cut-pasted. After which Manish assured Krishna that he would not cut anything in his words.

Krishna said I miss him a lot

Emotional Krishna shared his feeling with Manish Paul and conveyed his message to Govinda and said, 'I love you very much and I miss you every moment. You should never believe what has been written in any news or media. I want my kids to play with my mama. I also know that he also misses me a lot. While Krushna Abhishek openly talks about the rift with his maternal uncle, Govinda is often seen avoiding talking about it.

Apologized to Govinda after leaving the episode

During a special conversation last year, Krushna Abhishek apologized for skipping that episode from 'The Kapil Sharma Show' when Govinda came. The comedian said that he loves his maternal uncles very much and apologized to both of them. Krishna also said that he has apologized to her many times in the past, but he is not ready to accept her apology. Krishna said, 'I don't know why they are not ready to forgive me when I am like their child. I have said many times that we will resolve our issues, and they have said so too. But we are still facing to face'. Apart from Krishna, his sister Aarti Singh had given her reaction to the rift between uncle and nephew.